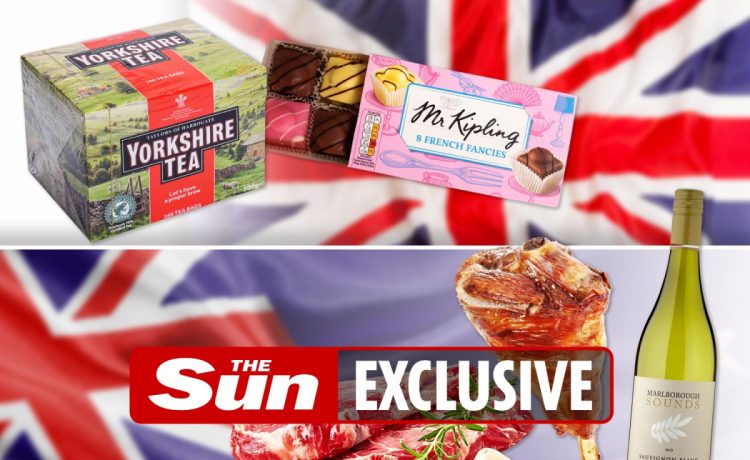 BRITAIN is within an ace of clinching a free trade deal that will bring cheaper wine and meat imports from New Zealand.

Ministers have made “rapid progress” in talks aimed at driving down prices and protecting jobs in both countries.

Trade Secretary Liz Truss is hopeful of a fruitful outcome as she kicks off a fourth and final round of talks with Kiwi leaders this week.

Her team has already agreed the text of an outline deal which would slash tariffs on New Zealand produce entering the UK, including Marlborough wine, lamb and beef.

In return, we would send them more cars, gin and food, providing a boost for iconic brands such as Mr Kipling cakes and Yorkshire Tea. Goods from New Zealand are currently hit with a 20 per cent import tax set by the EU — which can now be removed after Brexit.

Britain is prepared to axe them if New Zealand slashes tariffs on exports, including cars worth £200million in trade alone. Insiders said the talks, expected to last two weeks, were “very much the end game” in the search for a deal.

An ally of Ms Truss said: “New Zealand is likely to be the next big deal we get over the line. It is neck and neck between them and Australia but there’s every chance a Kiwi deal closes first. A deal would ­support jobs across Britain.”

New Zealand had a long trading history with the UK — sending half of all its exports here in the 1960s — but it dropped off after we joined the fledgling EU in 1973. A third of their imported buses were made in Leeds and Falkirk but currently face a five per cent tariff.

Anne remembers dad as ‘my teacher’ in statement marking his service

Dad-of-two killed after being gunned down outside church

Philip passed ‘gently’ as if ‘somebody took him by the hand’, Sophie reveals

New Zealand also imports UK-made motorhomes, which face a ten per cent tax, and caravans, which have a five per cent tax.

There are also tariffs on food and drink such as sweet biscuits, gin and chocolate which could be removed, making products cheaper and helping UK exporters.

A new deal would boost the existing trade links, worth £2.9billion in 2019. Ms Truss also thinks the deal is key to Britain joining the Trans-Pacific Partnership, a £9trillion trade pact covering 11 countries.