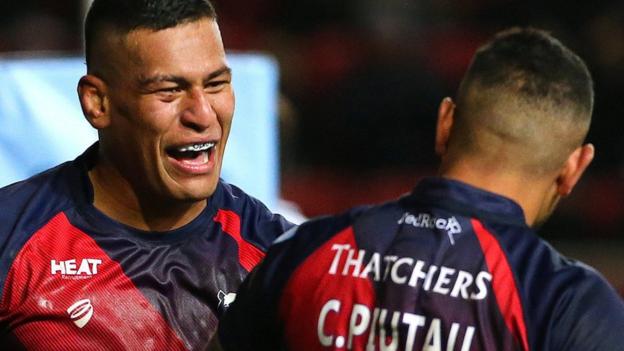 Dave Attwood returns at lock, while Alapati Leiua, one of four Wasps old boys, comes in at centre.

Bristol’s unbeaten home record goes on the line in front of an expected 20,000-plus crowd against a Wasps side who make just one change.

Nizaam Carr comes in at number eight, while Academy lock Thibaud Flament (concussion) is fit to make the bench.

Victory would take the hosts top going into the rest of the weekend’s programme, while Wasps are 10th after letting slip a 17-0 lead to lose 28-22 at home to Harlequins last Saturday – a fifth defeat in six games for Dai Young’s men.

“After last week’s disappointment, our best reaction will be what we do on the field rather than what we say. We are relishing that opportunity to inspire our community.

“It’s going to be a massive crowd on Friday and an occasion that we’re really looking forward to. Five points are on offer. That’s been the focus in what has been a short week.

“We know that there are Bristolians from all over the world coming home for the festive period and we’d love to gift them a performance to celebrate.”

“Every game is a big game for us. It’s all about getting as many points as possible. Bristol have been going well and we know what quality they’ve got but we went there last year and got the result so we know we can do it.

“There’s a lot of disappointment after the weekend. We’ve just got to iron out the things that didn’t go so well last weekend and just keep working at them. We need to take some real intent into this game.

“If we play as well as we can, we’ll come away with the result. Every point is hugely important. You’ve got to try to come away with at least something from every away game but we’re going there to win.”