Bristol leads the way in driving out diesel cars 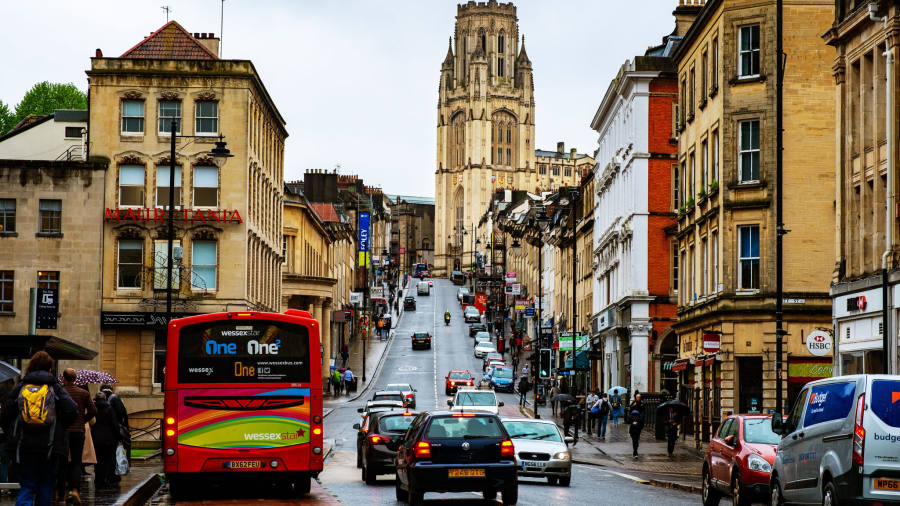 Bristol has become the first British city to approve a total ban on diesel cars as part of an effort to drastically improve air quality.

The ban, which is due to come into effect in March 2021, would see all privately owned diesel cars banned from the centre of the city between 7am and 3pm.

A larger “clean air zone” would also operate across much of the city that would impose a daily levy on all commercial diesel vehicles — including buses, vans and heavy goods vehicles — that do not meet the latest emissions standards. Commercial vehicles that have paid the levy or are compliant are not affected by the ban in the central zone.

City mayor Marvin Rees said the council had a “moral, ecological and legal duty to clean up the air we breathe”. Diesel vehicles are the single biggest source in the UK of nitrogen oxide pollution, which is linked to respiratory illnesses and causes global warming.

The city is one of 24 local authorities the government ordered to draw up plans for improving its air quality in 2017, amid growing concerns about the impact of the gases. Nitrogen oxide emissions in Bristol breach legal limits but Mr Rees said the new diesel regime would allow the city to become compliant by 2025.

Darren Shirley, chief executive of the Campaign for Better Transport, said the plans were “overdue” and he expected they would lead to a “dramatic improvement in air quality” in the city. But he warned that Bristol would have to ensure there is enough public transport to cater for residents and tourists.

READ  Boots and Matalan among firms targeted over unpaid rents

Since the introduction of the ultra low emissions zone in London earlier this year, the number of diesel vehicles has already fallen “significantly,” he added.

Edinburgh and Birmingham are among a number of cities looking at implementing similar low emissions zones to London although none are expected to meet the government’s 2021 deadline to comply with legal limits on emissions.

Edmund King, president of the AA, said the different rules for diesel drivers across UK cities was confusing and called for “consistency”. “We can see why Bristol are doing what they’re doing, but we’d prefer a joined up national approach,” he said.

Jenny Bates, clean air campaigner at Friends of the Earth, said the plans did not go far enough. “The current plans will leave the people of Bristol breathing illegal levels of nitrogen dioxide until 2025 — 15 years later than the original deadline for bringing air pollution within legal limits,” she said.

The council will also roll out a scrappage scheme for diesel cars of up to £2,000 for some residents of Bristol, Bath & North East Somerset, North Somerset and South Gloucestershire. The council will consult on exemptions and other details until it submits the full clean air plan to the government in February.