Brighton's teen forward Connolly back from injury for Liverpool clash 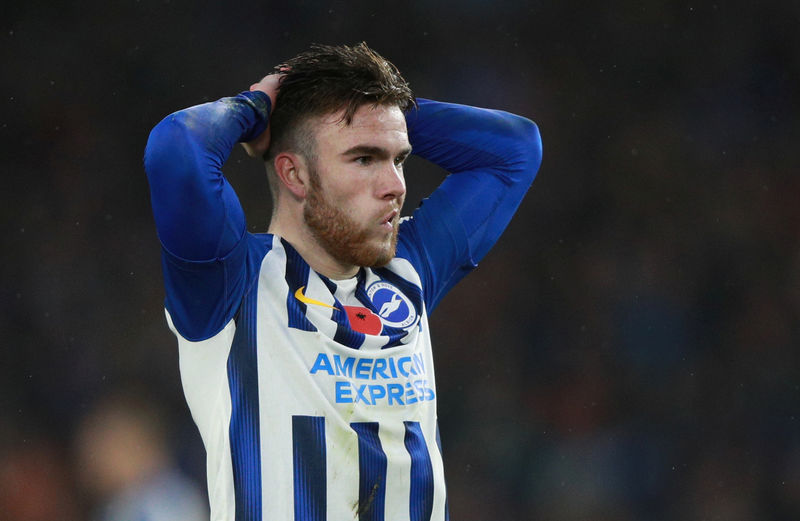 (Reuters) – Brighton & Hove Albion forward Aaron Connolly has recovered from a groin injury and will be available for Saturday’s Premier League match at table-toppers Liverpool.

The Republic of Ireland international picked up the injury during Brighton’s 3-1 loss at Manchester United on Nov. 10 and missed international games against New Zealand and Denmark earlier this month.

“Aaron Connolly is back in the squad and training now,” Brighton manager Graham Potter told reporters.

The 19-year-old became the first teenager to start a Premier League game for Brighton when he featured in the 4-0 defeat by champions Manchester City in August, going on to appear in nine league games so far this season.

He entered the record books again as their first teenage player to score in the competition, notching a brace in their 3-0 win over Tottenham Hotspur in October.

Meanwhile midfielder Solly March is doubtful, while defender Bernardo was ruled out of the clash.

“We’ve got March who has a bit of tightness in his groin so he’s doubtful at the moment for the weekend,” Potter said.

“Bernardo got his first 45 minutes last night (Wednesday) but Saturday will come a bit too soon for him.”

Disclaimer: Fusion Media would like to remind you that the data contained in this website is not necessarily real-time nor accurate. All CFDs (stocks, indexes, futures) and Forex prices are not provided by exchanges but rather by market makers, and so prices may not be accurate and may differ from the actual market price, meaning prices are indicative and not appropriate for trading purposes. Therefore Fusion Media doesn`t bear any responsibility for any trading losses you might incur as a result of using this data.
READ  Banned from internet or not? Does Ghosn's tweet violate bail terms?