The entrance to the Selina hotel, just round the corner from Brighton’s seafront on King Street, is so hung with greenery that I’m in danger of needing a machete to battle my way through it.

Beyond the plants dangling from the ceiling and perky monstera in pots lies
a hip lobby area, one wall hand-painted with a mural of the town illustrating moments in its history.

The lobby is furnished with upcycled chairs and a table made with reclaimed wood from the old West Pier, which burned down several years ago – they’re big on sustainability here.

This elegant former Regency building has been given the hipster treatment by millennial brand Selina, which takes over neglected properties and spruces them up.

This one joins UK branches in cities including Liverpool, Birmingham and Manchester.

The outside has been painted teal, there’s artwork scattered around the rooms and public areas, and there’s also a co-working space, named Amy’s Room after artist Amy Isles Freeman, who painted the murals on its walls.

This holds events for guests and locals, from life-drawing classes to mindfulness sessions and comedy nights.

I’m given my keycard on a lanyard, like a backstage pass at a rock gig, and my simple, comfortable room is decorated in peach and pistachio tones (although the 1980s- era bathroom seems to have missed out on the recent renovation).

USP: The jewel in Selina’s crown is the Mexican restaurant.

Tlaloc used to be a pop-up but the hotel gave them a permanent location. I’m obsessed with mezcal cocktails and they do a cracking paloma with grapefruit soda and lime (£12).

Other hits include infladita, a tortilla with pacific shrimp, queso sauce and salsa roja (£9), and octopus tacos with pineapple butter and guacamole (£12).

The waiting staff are awesome, the vibe is lively and my mate and I are there until closing time.

Who goes there? Couples and groups of mates who want a cool budget stay with some Insta flavour.

Venture out: Ten minutes’ walk away is Brighton’s new food market, Shelter Hall, which houses independent food outlets and a bar within the former 19th-century venue.

And if you’re feeling like a proper tourist – but also want to get an unparalleled view of the town – let yourself be whisked to the top of the British Airways i360 Tower (tickets from £16.50).

At ground level, I roam The Lanes, a maze of streets where cafés and boutiques lurk around every corner, before a last photo-op of the Indian-inspired Royal Pavilion (tickets £16.50).


MORE : Local’s guide to a great day out in Nottingham – from gigs at the Playhouse to Sneinton Market 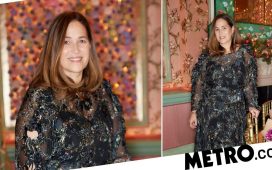