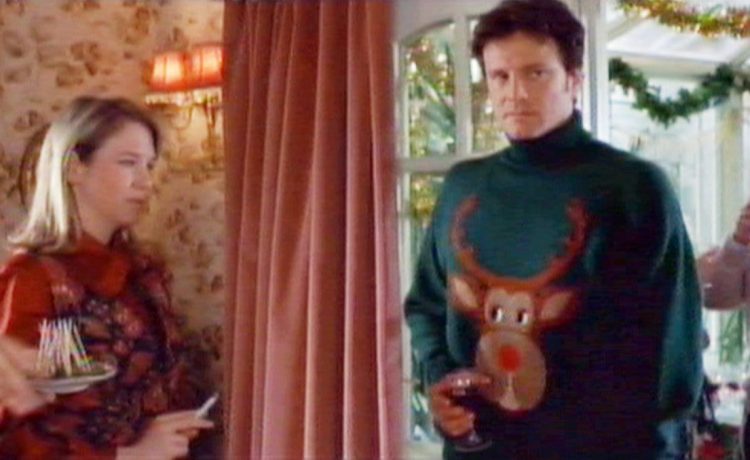 In 2001, a 32-year-old British white woman resonated with a pre-teen me. Though it should’ve been obvious, “Bridget Jones’s Diary” showed a young Rasha that unpolished, average, eccentric and allegedly “overweight” women were worthy of love and respect. And it was also where my unrequited love affair with Hugh Grant began.

I’m not one to watch movies I’ve seen over and over again, so sitting down and watching Renée Zellweger as Bridget Jones in 2021 came with many welcomed memories, important reminders and less cringeworthy moments than I anticipated.

Renee Zellweger is returning to the big screen after a long absence in ‘Bridget Jones’s Baby’.

Oh, and this movie is very white. I don’t know if pre-teen Rasha didn’t realize this or if it was because an all-white cast was simply the norm back then, but wow.

Bridget didn’t have any Black friends? No Asian co-workers? Interesting.

Once I got over the lack of melanin, it was comforting to know that 20 years later, the concept of dating and love still hasn’t changed.

How do you think ‘Bridget Jones’s Diary’ held up after 20 years? Share this story

After another holiday season spent alone and a failed romantic set up with Mark Darcy (Colin Firth) orchestrated by her mother, Bridget decides to take control of her life by setting New Year’s resolutions consisting of losing 20 pounds and decreasing her alcohol and cigarette intake. Seems harmless enough, except we’re soon aware Bridget weighs 136 pounds.

“I suddenly realized that unless something changed soon, I was going to live a life where my major relationship was with a bottle of wine and I’d finally die, fat and alone, and be found three weeks later half-eaten by wild dogs,” Jones says in the movie.

While it shouldn’t matter which numbers on a scale are used to describe someone’s weight, wanting to lose 20 pounds while weighing 136 (and sis still looks slim) in a society that already values thinner bodies is a bit problematic. If 136 pounds is considered “fat,” what is a 160-pound Rasha supposed to think?!

Bridget’s budding relationship with her boss Daniel Cleaver (Grant) is sparked by what can only be described as inappropriate behavior at best, sexual harassment at worst. Once we get past the outdated awkwardness of X-rated workplace flirtation, Bridget and Daniel’s relationship reminds us of momentous lessons about love we should never have forgotten in the first place.

Bridget teaches us to be vulnerable. Demand respect. Have boundaries and actually stick to them. All while trying to better herself, while not straying from who she really is.

She falls in love with Daniel and tells him as much despite the relationship being about two weeks old. And when he appears to be scared off and dips out on her family’s party, she confronts him.

5 rom-coms to kindle — or rekindle — romance this weekend

“Listen, Daniel, if you’ve changed your mind you can just say so. Because honestly I don’t see what could be so important,” Bridget tells him, both calling Daniel out and providing an opportunity for him to be truthful rather than continue to lead her on. We love to see it.

We later find out Daniel was actually trash and cheating on Bridget with another co-worker. While she is upset by this news, Bridget picks herself up and moves on from the relationship. She finds a new job and even after Daniel begs her to stay, she firmly says no and walks out of the office to the tune of Aretha Franklin’s “Respect.”

After Bridget bids Daniel and his shenanigans adieu, Mark finds his way into our protagonist’s life and the two seemingly have a good thing going. But because ex-partners who did you wrong have a sixth sense for when things in your life are going right, Daniel shows up at Bridget’s door while she’s having dinner with Mark and her friends and begs for her back.

That’s not good enough for our friend Bridget, who sticks to her boundaries. She knows she deserves better than what Daniel is offering and despite how much Bridget wanted love and a life partner, she’s not settling.

Bridget would rather have no one than someone who isn’t good for her. It’s a logical notion, but despite how much sense it makes, some of us (*sheepishly raises hand*) have found ourselves giving people one too many chances. Allowing people to mistreat us. Settling for just OK, all so we don’t have to die alone and be found half-eaten by wolves.

But because this is a rom-com, Bridget obviously ended up with someone: Mark.

Even after 20 years, “Bridget Jones’s Diary” reminds us unconventionally beautiful women who don’t have their life all the way together by societal standards don’t have to settle for love.

Great journalism is more important than ever, and your support helps make it possible.