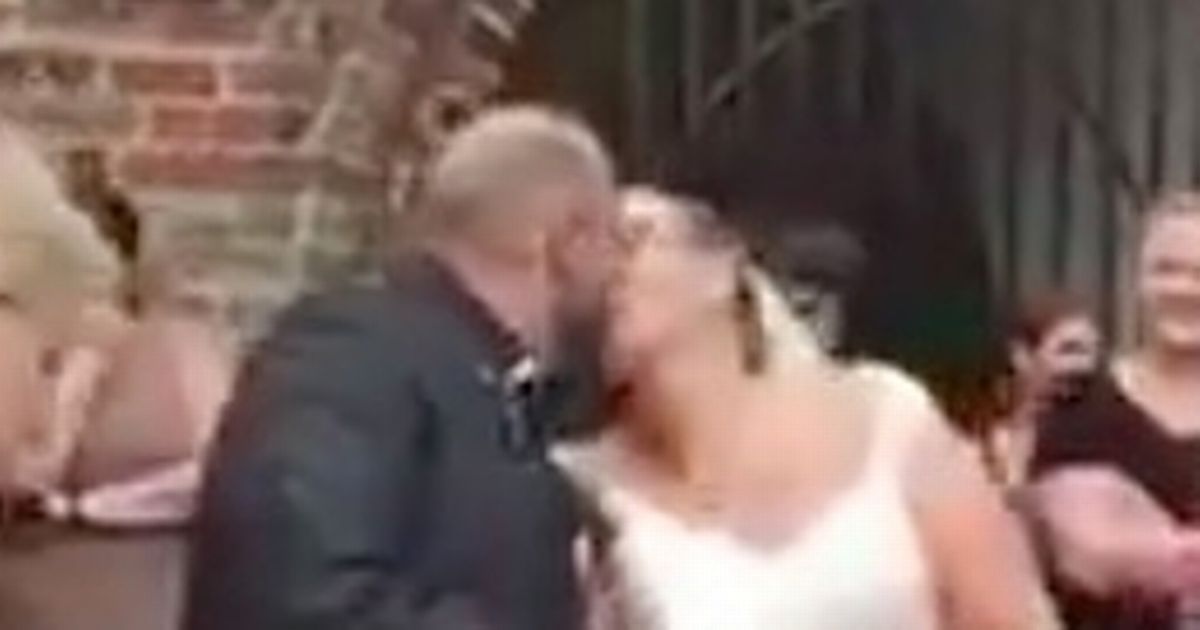 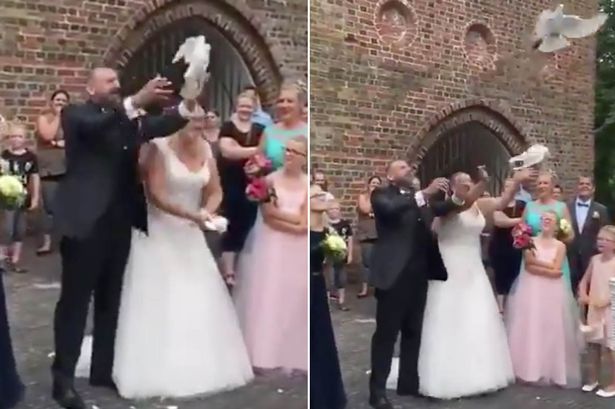 When it comes to romance, there are few things more romantic than a wedding.

But one couple attempted to take their nuptials to the next level by doing something extra special after leaving the church.

An unnamed bride and groom decided to release two white doves after tying the knot.

However it’s fair to say things didn’t quite go to plan for the pair.

A video of the unfortunate moment has gone viral on Twitter after it was uploaded by a user named Laurie Jane.

She captioned the clip, writing: “Wait for the magic moment” with two laughing/crying emojis.

In the clip, the newlyweds stand outside their pretty wedding venue and share a kiss.

They’re surrounded by their loved ones and both have a white dove in their hands.

After a few seconds, they open their hands to let the birds fly free – only it doesn’t go the way they had hoped.

The groom’s bird surges into the air, but the bride and guests watch on in horror as her dove plummets straight towards the ground.

Hundreds of people have shared the tweet, with the footage being watched more than 14,000 times.

Many also took the time to comment on the post, with a good deal feeling very upset for the bird.

One replied: “What did she do to it…”

Another wrote: “The poor birdie, it must have died in her hands.”

“What’s funny about a poor bird suffocating,” asked someone else.

“During ‘dove releases,’ birds are let out of a cage, and event attendees likely assume that they have been ‘set free’ and will live happily ever after.

“I wish this were true. Sadly the moment these birds are released their fate is sealed and many will die. These poor domesticated birds have zero survival skills. They’ve no idea how to find food for themselves and they’ve little understanding of predators… It’s on par with dumping your dog or cat on the street.”

So there you have it folks, please don’t try this at your wedding! 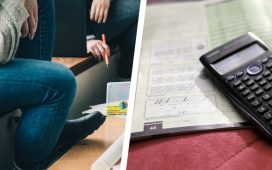 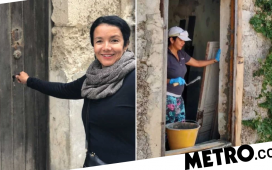 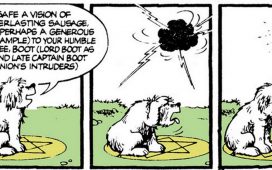