‘That looks like my garden,’ Nigel Holroyd thought as he woke to the news that a crocodile was on the run in his Yorkshire hometown.

And he was right.

His neighbour Sarah Jayne Ellis had gone to the press with a grainy image of the mysterious beast, now dubbed the ‘Castleford Croc’.

The nurse took the picture of the 4ft ‘reptile’ in Nigel’s garden before going to bed, shattered from her late shift at the hospital.

When it disappeared a few hours later, she assumed it must have been real.

It also fitted with another sighting of a similarly sized ‘crocodile’ at a nearby nature reserve in May last year.

But the good people of Castleford can rest easy once again – the mystery has been solved.

‘I left it in the grass to scare off my neighbour’s cat from my garden, but I ended up scaring her.’

The bricklayer said he bought the croc in Florida for his son back in 2000, and the treasured toy has been passed down to his one-year-old grandson Ronnie.

Nigel, 58, admitted the whole family has been in ‘hysterics’ at the story, adding: ‘It’s certainly got out hand.’

‘She never came round and said, “Oh, there’s a crocodile in your back garden.”

‘But she was working through the night, so when she came home the crocodile would have been sitting in the grass.

‘When I came home from work I picked it up and put it back in the shed.

‘She probably thought it must have been real when it disappeared.’ 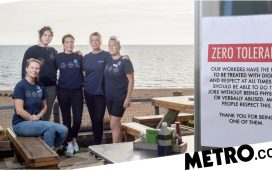 A zebra that escaped from a Maryland farm has died, officials say 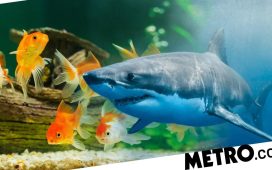 A Nobel Prize for a revolution in economics

UK's ‘most haunted village’ boasts one ghost for every 89 residents 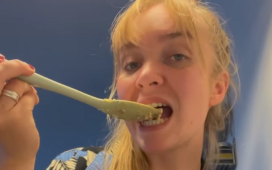