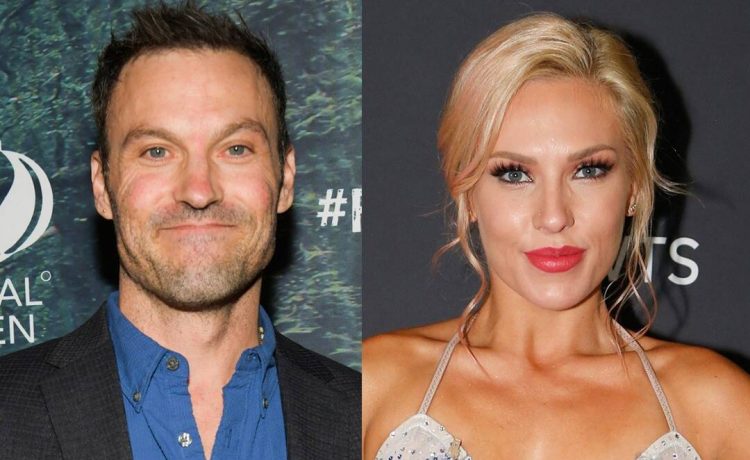 The Beverly Hills, 90210 alum recently opened up about the new woman in his life, Dancing With the Stars pro Sharna Burgess. It’s been almost a month since the duo first sparked romance rumors, but now Brian is ready to publicly discuss his love life.

“It’s all going really well right now,” the 47-year-old actor told Access Hollywood on Saturday, Jan. 9. “It’s early on, so we don’t have any labels or anything, obviously, but we’re really enjoying each other’s company.”

While the two aren’t rushing their romance, Brian certainly seems smitten over the 35-year-old dancer, saying, “She’s super responsible and she’s super sweet and caring, passionate, fun to be around, so I feel blessed right now.”

As for how they met in the first place? The Cross Wars actor explained they were introduced by their mutual business manager. Despite hitting things off, Brian admitted that he “begrudgingly” agreed to meet with Sharna at first.