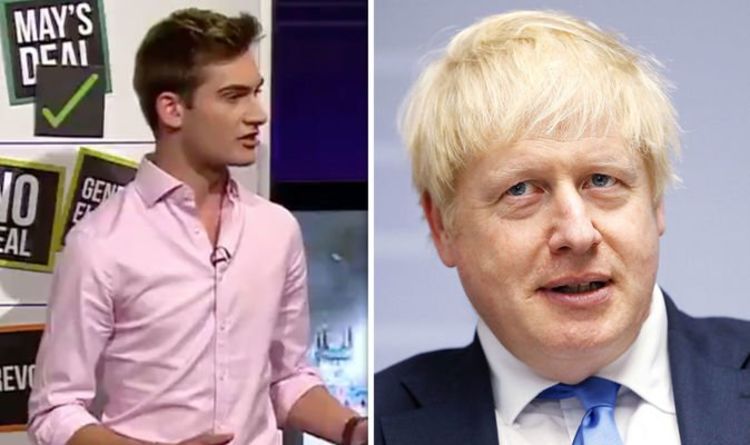 The political expert said any plan to call a no confidence vote on Prime Minister Boris Johnson would fail. Mr Harwood added the tactic would force through a no deal. He told BBC Newsnight that Remainer plan to propose a new law.

Mr Harwood said: “The strategy Remainers in Parliament are going to attempt is to go the legislative route rather than the no confidence route.

“This is because they don’t feel the no confidence has credibility in delivering a unity figure.

“But they’re up against a much more activist No 10 than Theresa May’s administration and they’re going to find themselves outmanoeuvred and not be able to get that new law even proposed.

“That means they fall back onto their second option of a confidence vote.

“That confidence vote is not facing a very activist No 10, a very bold No 10, and without a unity figure to deliver an alternate Government within that 14-day period following the vote.

“They’re going to hear Boris Johnson say, ‘If you vote no confidence in me, I’m calling an election and that election will be in November after no deal’.

“So, ultimately that no confidence vote will fail because it’s a sure fire way to deliver no deal.”

Mr Harwood: “Then we get into the recess, the prorogued period, where Boris achieves a new deal.

“The EU knows he’s serious about no deal, knows the only way to avert it is to get a deal that’s credibly going to pass through Parliament.

“So as proposed by the EU it returns, it passes through parliament and at that point we leave at the end of October with a deal.

“There’s a general election and a stonking Tory majority.”

It comes as the Conservative Party take a 12-point lead over Labour in the latest YouGov poll.

The survey conducted for The Sunday Times put Labour on 21 percent, the Liberal Democrats on 19 percent and the Greens on 7 percent.

The results gave the Tories their largest lead in a YouGov vote since the 2017 general election when the party lost its parliamentary majority.

Speculation is mounting over a general election in October to coincide with the European Council summit in Brussels.