Brexit teaches us a useful lesson in the need for civics 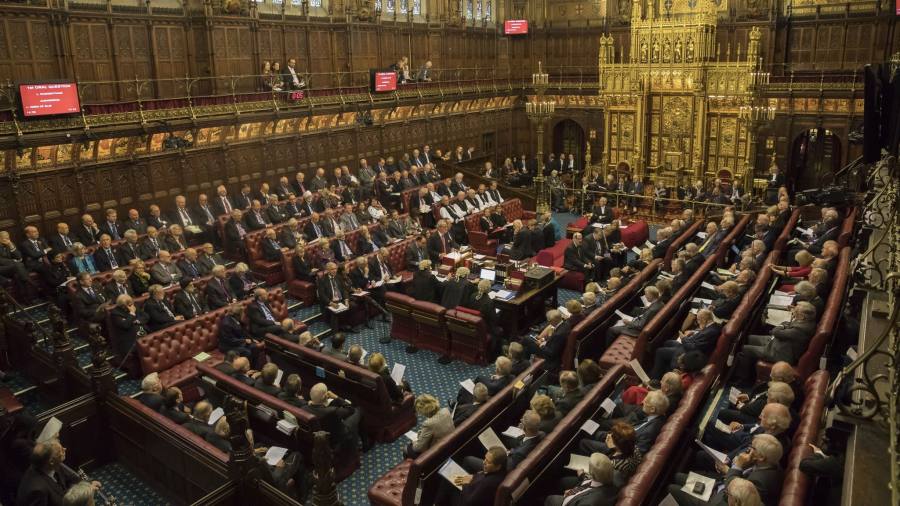 Name the fundamental principles of British life? How old do you have to be to buy a lottery ticket? What is the maximum amount that small claims courts in Scotland and Northern Ireland can consider?

For most British citizens these will seem random questions, irrelevant to their daily lives. But if you are one of the growing band of people pushed by Brexit to apply to be citizens of the UK, you had better know the answers. These are some of the questions that feature in the official Life in the UK test, one of the stepping stones towards citizenship.

The answers can be found in a book — Life in the United Kingdom. A Guide for New Residents — which, for £12.99 and over a brisk and bracing 171 pages, offers a sweeping tour of what it means to be British, from the country’s ancient history to its first curry restaurant, sporting heroes to the volunteering. The current edition dates from 2013, but since the 2016 Brexit vote it has seen brisk business and is now up to its 18th reprinting. Whatever else the tortuous process of exiting the EU has done it has been great for bureaucracy — in particular the dull and baffling paper-shuffling involved in securing citizenship.

Over the past three years, discussing passports has threatened to displace the weather and house prices as a mainstay of national conversation. At work, on a group chat or across the dinner table, the talk is of reclaiming ancient familial rights in other EU nations and obscure avenues pursued — that wayward grandfather on your mother’s side; who knew Ireland had so many lost sons and daughters? — in the quest for a Brexit-proof future.

There has also been a jump in traffic the other way, with resident foreign nationals scrambling to become British before the Brexiter portcullis comes crashing down on all those citizens of nowhere. Applicant numbers from EU member states are up threefold since 2016, according to the Home Office. The first quarter of 2019 saw as many applicants as in the whole of 2016. Cue increased sales of that handy guide.

Yet, for all its authors’ efforts to craft a rounded account of national life, the guide has not cut it with the critics. From derision as little more than fodder for a pub quiz — a feature of British life that, strangely, doesn’t appear — to pointing out its faintly Whiggish approach to these islands’ history (onwards, upwards), odd errors and random facts, the range of criticism is wide. Academics have judged it prescriptive and conformist, arguing that it undermines the integration of new citizens. The House of Lords slammed howling omissions (no mention of the Supreme Court) and demanded a rewrite.

Others note that much of the guide would strain the knowledge of many native Britons. Years ago, one of the rounds in a parents’ fundraising quiz at our local primary school used questions drawn from the citizenship test. The scores were terrible. (For those still puzzling about the questions above, the answers, according to the guide, are: democracy, rule of law, individual liberty, tolerance and community engagement; 16; and £3,000.)

Look at it another way and this all points to something positive. Yes, the guide is flawed. And a 24-multiple-choice-question test is a skimpy way to assess knowledge of a country. But contained within it are useful facts about how Britain operates, how it got to its present institutional settlement, its systems of government and law. This is stuff that all citizens would benefit from knowing, yet many pass through the UK’s education system blissfully unaware of much of it — even with “citizenship” lessons in schools, it doesn’t seem to stick.

For years this did not seem to matter much. Infant foreign polities, often the progeny of revolution and conflict, might need to spell things out and make sure the nation was all on the same page. Not Britain where things evolved, effortlessly.

Brexit may have changed that. It has pitched the UK into a raging political crisis and constitutional self-examination — and in the process exposed our limited understanding. There’s much prizing of sovereignty and what it means to be British without much agreement about its definition. A guide book is not the whole answer to such weighty questions. But it might be a start. A Brexit dividend even.

Give consumers £5k to upgrade their car, say manufacturers

UK should prepare for unemployment levels not seen since 1980s, former chancellors warn

US to ban passenger flights from China