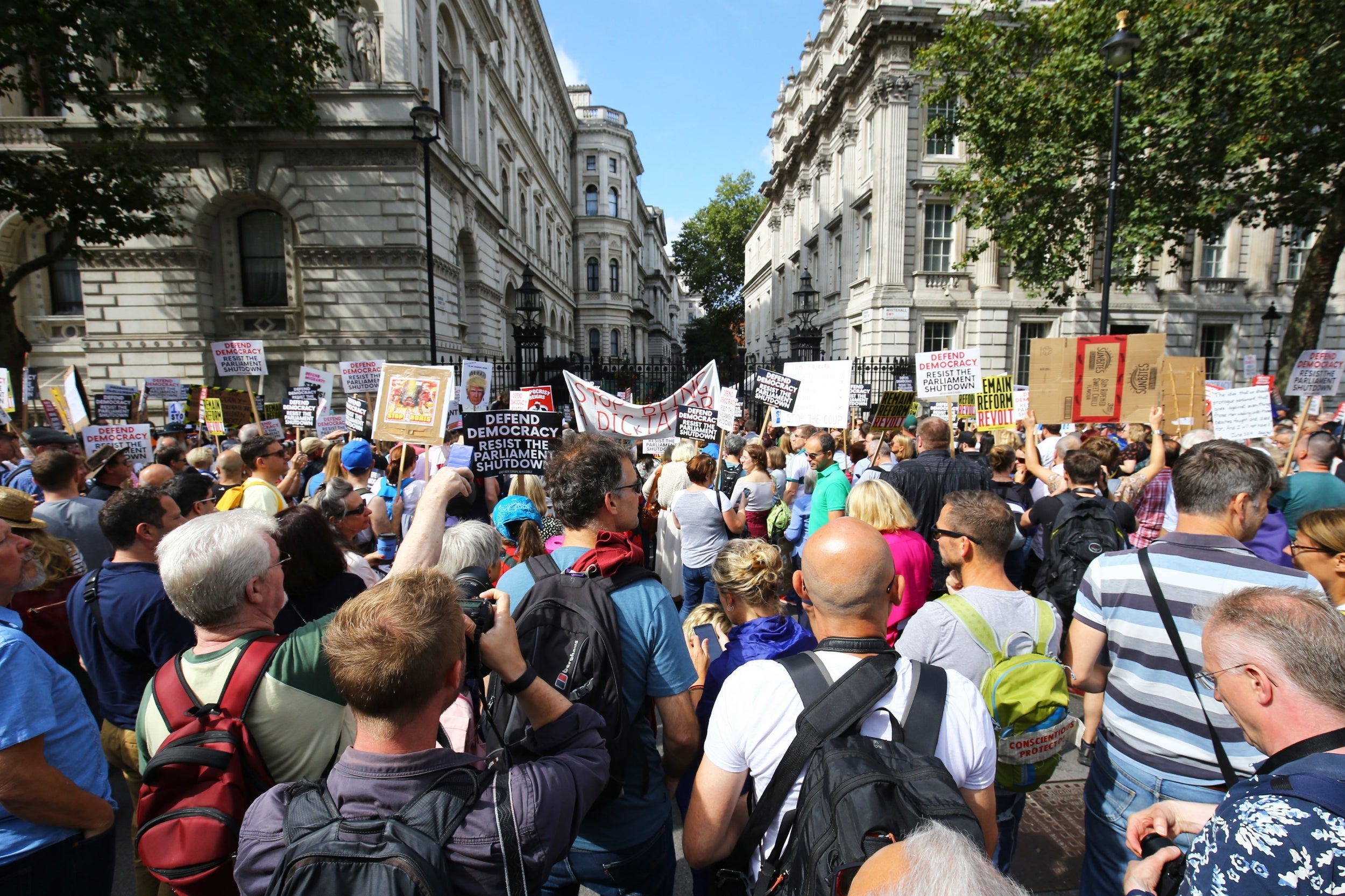 Thousands have gathered in cities across the UK as part of a nationwide protest against Boris Johnson’s controversial plans to suspend Parliament .

Protesters took to the streets in cities including London, York and Belfast to demonstrate against the planned shutdown, ahead of the October 31 deadline.

In London, large-scale protests brought Whitehall to a standstill, as chants of “shame on you” rung out around Government buildings.

The clanging of a bell, the blowing of whistles and bangs of a drum could also be heard, as hundreds marched through Westminster, waving placards and European Union flags.

Shadow home secretary Diane Abbott addressed the London protesters from a stage near Downing Street, while John McDonnell also spoke to the crowd.

The Shadow Chancellor said: “It is a fight to protect our democracy – we know what Boris Johnson is up to, it is not very subtle is it?

“He wants to close down our democracy and force through a no-deal Brexit.”

Mr McDonnell said previous generations fought and made huge sacrifices, some giving their lives, in the fight for parliamentary democracy so they could “have their say over policies and the future of our country”.

There are 32 #StoptheCoup planned protests taking place across the UK organised by anti-Brexit campaign group Another Europe Is Possible.

Left-wing group Momentum called on its members to “occupy bridges and blockade roads” in conjunction with unrest on the streets.

Demonstrators gathered outside Oxford University’s Balliol College, which was attended by Mr Johnson, to express their displeasure about his handling of Brexit.

More than 1,000 protesters also gathered in cities including Manchester, Bristol and Newcastle.

They are also being held in towns including Bodmin in Cornwall and Clitheroe in Lancashire.

And the annual Westminster Dog of the Year competition, due to take place on Thursday, has been cancelled over safety concerns of the dogs and MPs taking part .

Both pro and anti-Brexit protesters clashed on Wednesday after the Queen approved an order that will see Parliament suspended for more than one month .

“There are thousands of people from all over the UK and across the political spectrum who will protest to stop Johnson closing the doors on our democracy,” she said.