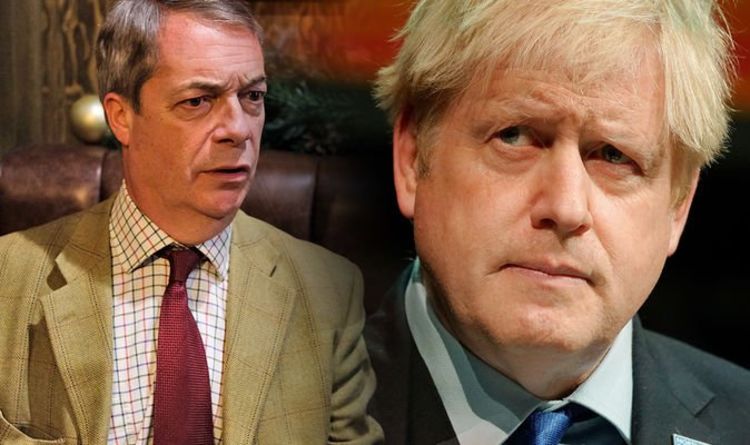 The poll, released at 10pm on Wednesday night via The Times, suggests the Brexit Party’s refusal to stand down in all seats will cause Boris Johnson’s Tory Party to lose eight battleground seats. It found Nigel Farage’s party will split the Leave vote in eight marginal seats, which could prevent the Tories from winning. The results suggested that if the Brexit Party had stood down in the handful of marginals, the Tories were more likely to win the seat.

The latest results showed Labour and the Tories are neck-and-neck in the first four constituencies, with Jeremy Corbyn’s party on a less than one percent lead.

But if the Brexit Party weren’t running, support for the Tories increased by up to two points.

Overall, the seat-by-seat analysis found the Tories would secure a majority of 359 and increase on the 318 seats they won in 2017.

In terms of the Labour party, the polling data is predicting that Jeremy Corbyn’s party will suffer a fall of 51 seats and only win 211 in next month’s election.

It would be Labour’s second-worst defeat since the Second World War, with Mr Corbyn’s total just two above Michael Foot’s 1983 collosal defeat.

The Lib Dems are also set to lose seats, with the pollsters predicting they will win just 13 seats.

The Brexit Party are predicted to win no seats.

The party does appear to have some support though, just not enough to secure a seat.

In the Labour strongholds of Barnsley Central and Barnsley East it is on 25 and 24 percent respectively, although Labour still has a commanding lead in both.

In Hartlepool, where Richard Tice, the Brexit Party chairman, is the candidate, it is on 23 percent, behind the Tories on 31 and Labour on 40.

The results are based on more than 100,000 interviews carried out over seven days.

Although the data is still a prediction and is not completely accurate, during the 2017 election, the same YouGov constituency by constituency poll predicted an election result that was very close to the end result.

It accurately predicted a hung Parliament, when the majority of polls were pointing towards a large Tory majority.

The two parties finished on 318 seats and 262 respectively in what marked a 30 seat gain for the Opposition despite many predicting a landslide victory for the Tories when Theresa May called the election. 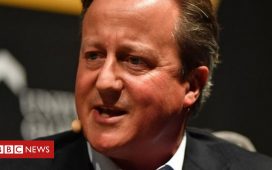