Boris Johnson has been urged to unleash “radical” Thatcherite policies in the north of England after Brexit to help create a “northern Big Bang”. The Northern Research Group (NRG) of Tory MPs have backed a new report calling for deregulation and investment in the region.

It comes as new figures show a boom in direct trade from the Republic of Ireland and France. Continental freight traffic between Irish and French ports was up 447 per cent in January, as businesses seek to avoid red tape disruption in the UK.

Burnham says ‘no’ to Thatcherite policy for the north

Mayor of Greater Manchester Andy Burnham has a very succinct response to the Centre for Policy Studies’ call for the government to unleash “radical” Thatcherite policies for the north.

‘Race against time’ to get ports ready for new deadlines

Like leading retailers, port chiefs called on the government to get real and extend grace periods on certain post-Brexit inspections.

Some extra paperwork will be needed from April, while further safety declarations and the physical inspection of animal and plant products will start in July.

And port bosses have said vital border infrastructure will not be finished before July. “Getting the infrastructure ready at and around ports is a bit of a race against time,” the British Ports Association warned.

A government spokesperson said: “Import controls will be introduced in stages as planned. We’ve done this to allow traders and haulers time to adjust to the new processes.”

Plenty of people are still getting hit by hefty post-Brexit delivery charges at the doorstep – both in the UK and EU. Daniel Rembrandt says he paid 38 Euros to accept to delivery an item from the UK costing 100 Euros.

‘Some way to go’ before lockdown eased, says Hancock

Matt Hancock has said there is “some way to go” before lockdown is eased, as ministers are to begin reviewing coronavirus restrictions in England.

Asked about the roadmap for lockdown easing expected on 22 February the health secretary said “we are taking those decisions this week” on a “sustainable exit”.

It follows the government’s rejection of “arbitrary” target for the lifting of lockdown after the Covid Research Group of around 70 Tory MPs call for all restrictions to be lifted by the end of April.

Hancock also said he expects the weekly supply of vaccines to increase over time, allowing 32 million to be vaccinated by the end of April.

Retail bosses have warned the sector faces a “perfect storm” as new Brexit regulations come into force in April with a raft of retailers still unable to serve customers in Northern Ireland.

Trade bodies and firms have called on the government to extend the current grace period amid continued uncertainty over the level of checks which will then be introduced.

Aodhan Connolly, director for Northern Ireland at the British Retail Consortium (BRC), said the IT systems currently being installed by retailers in order to fulfil restrictions put in place at the start of January, could need a complete overhaul just three months later.

“We just don’t know at all – it is entirely possible the systems they have put in place will not be what’s needed in April,” he said. “We need time …. [Retailers] know that change is coming in April, and then we could have a perfect storm.”

A further £1.1bn in coronavirus support funding will be allocated to the Scottish government, bringing the total for the pandemic to £9.7bn.

The Treasury said the extra money can be spent now or carried over into the 2021-22 financial year.

Steve Barclay, chief secretary to the Treasury, said: “From the outset of this crisis, people and businesses in Scotland have been able to rely on the UK government.”

The Scottish government welcomed the funding – but called for devolution of greater borrowing powers to give Scotland more flexibility.

Half of smaller manufacturers hit by Brexit disruption

A survey of almost 300 small to medium-sized manufacturing firms found that half reported problems with exports and imports since the start of the year.

“These challenges need to be addressed and quickly,” said Nick Golding, managing director of SWMAS.

Boris Johnson urged to back ‘big bang’ for north

A right-wing think tank has called for the government to unleash “radical” Thatcherite policies in the north of England and create a “northern Big Bang”.

The report by the Centre for Policy Studies (CPS) says that only the private sector can boost the north’s economy and calls for deregulation of the planning system, tax cuts for big business, and subsidies to attract “global capital”.

It has been backed by the Northern Research Group (NRG) of Tory MPs, who called for the government to “mirror the radicalism of Thatcher’s Big Bang in the Eighties”.

“The prime minister needs to recognise that they did so not only to deliver Brexit, but to voice the systemic disadvantages felt in many communities that were tired of being neglected in favour of London and the southeast,” said Jake Berry, the Tory MP who chairs the NRG.

The UK’s Brexit problems has created a boom in direct trade from the Republic of Ireland and France, new figures suggest.

Importers and exporters have been using new direct routes to and from Rosslare in south-eastern Ireland and French ports such as Cherbourg, Dunkirk and Roscoff to avoid red tape struggles at UK ports.

“If we have to go to the UK we go to the UK. Otherwise we bypass it completely,” said one Irish driver.

Could an underwater tunnel linking Scotland and Northern Ireland magically solve our Brexit problems? It emerged at the weekend that rail bosses think an Irish Sea tunnel is a serious prospect. In theory, the £20bn link from Stranraer to Larne would be placed 31.5 miles under the sea.

But Northern Ireland committee chair Simon Hoare is seriously cynical about the scheme.

“The trains could be pulled by an inexhaustible herd of unicorns,” said the Tory MP. “Let’s concentrate on making the protocol work and put the hallucinogenics down.”

Former No 10 chief of staff Gavin Barwell was equally dismissive. “A tunnel will do nothing to unblock trade from GB to NI. Nor will a bridge, an airlift or some yet-to-be-invented teleportation device.” 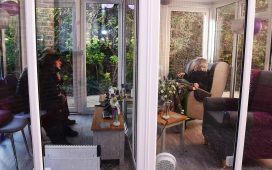 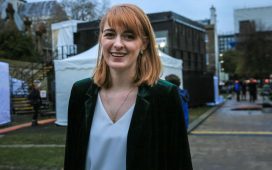 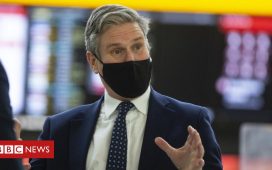 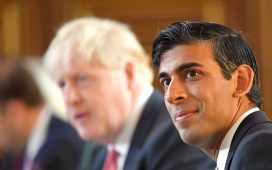 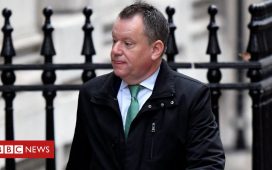