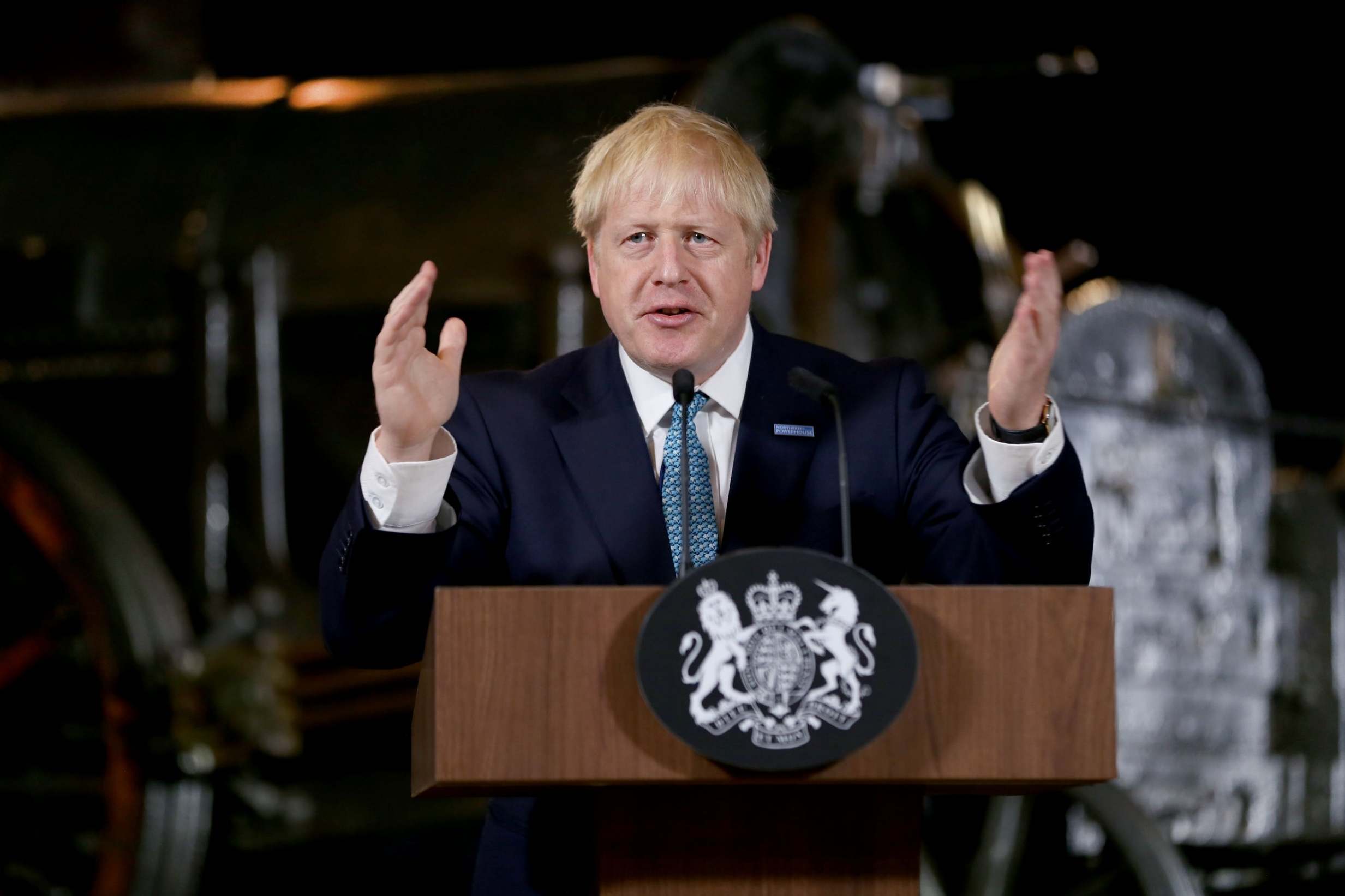 Prime Minister Boris Johnson has been warned that there can be no Brexit deal without the Irish backstop by one of Emmanuel Macron’s strongest allies.

Former French EU minister Nathalie Loiseau sent the stark warning to Mr Johnson on Sunday morning, telling Sky News “we would not ratify the Withdrawal Agreement without a backstop”.

Ms Loiseau told Sky’s Sophie Ridge: “The way the UK wants to leave the EU, you have a choice – there is the Withdrawal Agreement which is on the table or there is no deal.

“Let me say this clearly, there is nothing in between. You have the British Parliament but we have the European Parliament and we would not ratify the Withdrawal Agreement without a backstop.”

Ms Loiseau also suggested the EU will refuse to talk trade with Mr Johnson until Brussels gets clarity on when the £39 billion divorce bill will be paid by the UK.

Meanwhile, Mr Johnson faces Tory and Labour opposition to the Government’s assumption that British is now looking at a no-deal exit from the bloc.

Scottish Tory chief Ruth Davidson and Labour leader Jeremy Corbyn have both attacked the idea of leaving the EU without an agreement on October 31.

Their comments came after Cabinet Office Minister Michael Gove said the Government is “operating on the assumption” that Britain will leave the EU without a deal.

Writing in The Sunday Times, he said that while the aim was still to leave with a deal, the Government needed to prepare for every eventuality.

“With a new prime minister, a new government, and a new clarity of mission, we will exit the EU on October 31. No ifs. No buts. No more delay. Brexit is happening,” he said.

“The EU’s leaders have, so far, said they will not change their approach – it’s the unreformed withdrawal agreement, take it or leave it,” he added.

“We still hope they will change their minds, but we must operate on the assumption that they will not.”

Ms Davidson has said she would not support no deal.


The Scottish Conservative leader also insisted that her position in the Scottish Parliament exists independently of Westminster and that she does not have to sign any no-deal pledge to continue to serve.

Mr Corbyn would not say exactly when he would call a vote of no confidence against Mr Johnson, but said he would “look at the situation” when Parliament returns in September as he opposed no deal.

He added: “Parliament gets back in September and I think it’s at that point we will look at the situation.

“But it’s also up to the Prime Minister and what he decides to do as well because if he is trying to take us out on a no-deal Brexit at the end of October we will oppose that.