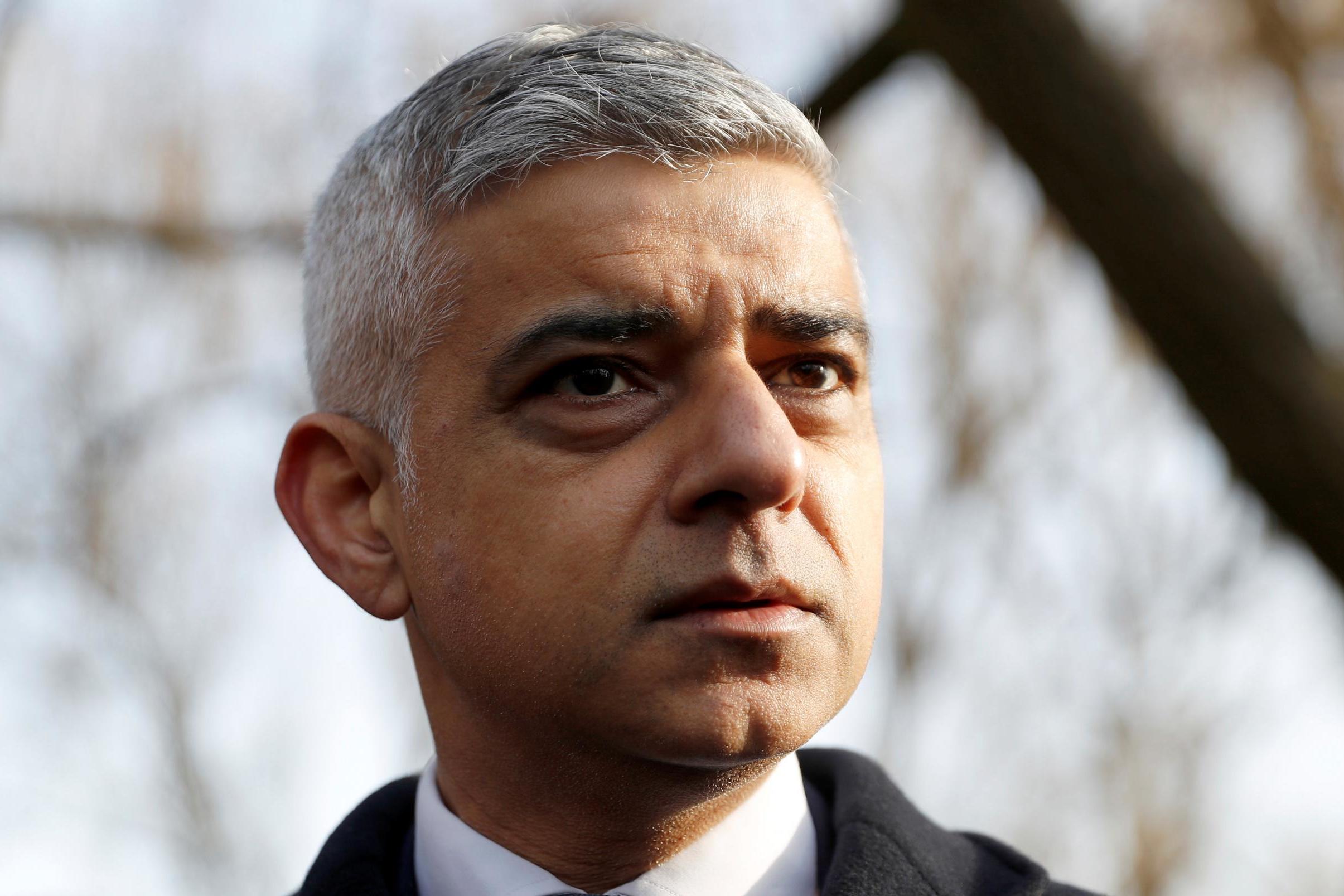 Londoners are out in force to protest against Brexit today amid a campaign to declare the city “open”.

Mayor Sadiq Khan is spearheading the campaigns ahead of the UK’s departure from the European Union tonight, pinning “everyone welcome” posters at Tube stations across the capital.

“London is open and everyone’s welcome. Today, tomorrow and always,” the boards read.

At Bank tube station, the same message appeared on train departure screens, prompting one Twitter user to say it “almost broke” him.

Buses across the city have also been plastered with phrase “we are all Londoners” in different languages as the UK prepares to officially leave the bloc at 11pm.

The hashtag #LondonIsOpen and #NotMyBrexit have trended on Twitter across the UK, with thousands taking to the site to protest.

In a post shared more than 1,000 times, Mr Khan tweeted: “The UK may be leaving the EU today, but London remains a beacon for progressive ideas, liberal values, decency & diversity.

“To the one million EU citizens that contribute so much to our city: you are Londoners, you are welcome here, & that will never change. #LondonIsOpen”

Cathedrals, universities, the Royal Albert Hall, the Museum of London, theatres, shops, activists and politicians have all weighed in on Twitter to declare that “London is European”.

Others posted defiant anecdotes. My boss is American, but he hates being called that,” tweeted user Nathan Sinclair. “He says “I’m Not an American, I’m a New Yorker”. When I first met him, I thought he was ridiculous. These days, I understand his position a lot more. I’m not English, I’m a Londoner and proud of it. #LondonIsOpen #NotMyBrexit”.

Many are also sharing a video from the mayor’s office featuring Londoners of different creeds, cultures, workplaces and landmarks with the message: “Brexit won’t change what we love about our city.”

It comes as City Hall prepares to host EU Londoners at 6pm tonight for a guidance event which will see lawyers offer support and Mr Khan deliver a speech.

Protests and parties are planned across Britain today on both sides of the Brexit divide.

Jubilant Brexiteers have lined the Mall and Parliament Square with Union Jack flags, Downing Street will be projected with a light display later, Whitehall government buildings will be illuminated red, white and blue tonight and Boris Johnson will deliver a special address to the nation.

Listen to today’s episode of The Leader: