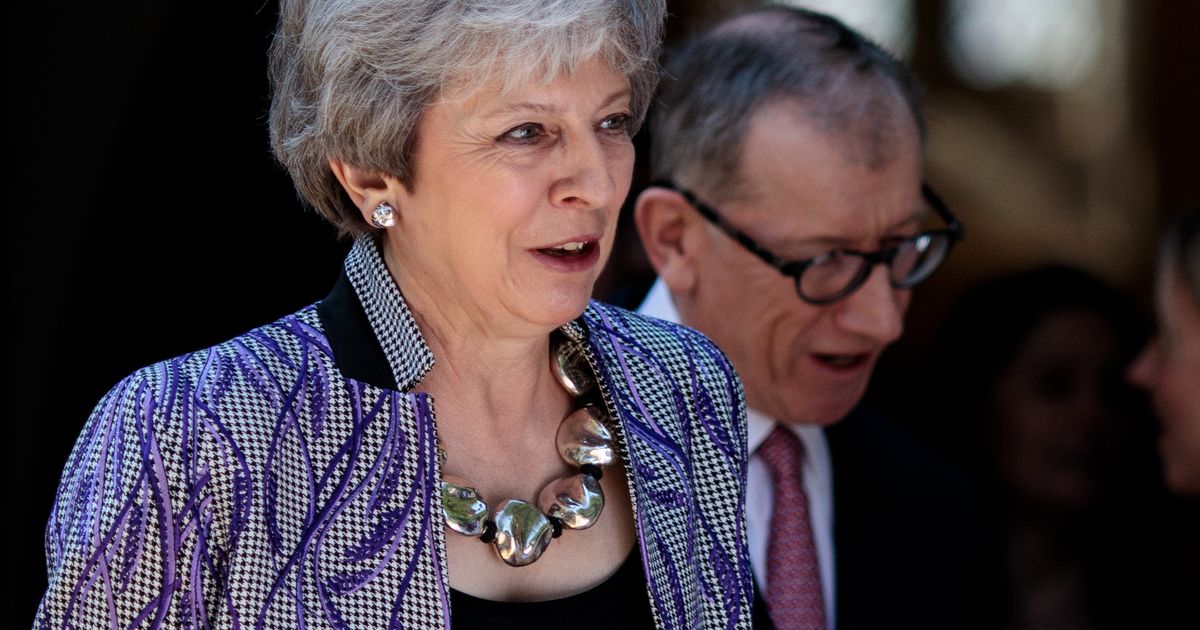 The Brexit crisis will gasp back into life on Tuesday as the Tories plunge head-first back into talks with Labour to find a way forward.

Theresa May finally enjoyed a tiny break from months of turmoil last week, munching on packed lunches while she walked in Snowdonia.

But her Easter truce will shudder to a halt as her warring Cabinet meets on Tuesday morning – followed by her deputy, chief of staff and Chief Whip all descend on the Cabinet Office for a summit with Labour.

David Lidington, Gavin Barwell and Julian Smith are expected to meet members of Jeremy Corbyn’s top team in a bid to thrash out a Brexit compromise plan.

Brexit Secretary Stephen Barclay is expected to meet his Labour opposite Keir Starmer in separate talks.

And Shadow Chancellor John McDonnell is hoping to meet his rival Philip Hammond after PMQs on Wednesday.

Meanwhile MPs will return to Parliament after an 11-day break from 2.30pm – amid fevered talk of a new plot to topple the Prime Minister.

Hours before MPs flew, drove and took the train to Westminster, grassroots Tories unveiled a bid to cause the PM’s downfall.

They triggered an emergency meeting of the National Conservative Convention, which will stage an unprecedented no-confidence vote in the Prime Minister.

The vote is not legally binding but will pile on pressure for her to quit.

And top members of Tory MPs’ 1922 Committee are expected to meet this week over calls to force a binding leadership challenge against the PM.

READ  Eat Out to Help Out: Nearly 2/3 of Brits call on Rishi Sunak to extend 50% off scheme into September

Currently she is ‘safe’ for a year after surviving the last challenge in December. But angry Brexiteers want to tear up the rules and hold another one.

Leavers are furious at Mrs May’s decision to delay Brexit to October 31 – forcing the UK to hold EU elections – and enter cross-party talks with Labour.

1922 Committee chairman Sir Graham Brady is widely tipped to see the Prime Minister face-to-face this week to warn many Tories want her gone.

And a grim poll of councillors this week found 76% wanted the Prime Minister to resign – with 43% saying she must go immediately.

Despite the blue-on-blue war falling mostly silent over Easter, ructions in the Tory party continued on Monday – with one MP accusing another of fuelling death threats.

Nicky Morgan blasted Bill Cash after he branded the decision to delay Brexit until October 31 “unlawful” and a “betrayal of the Referendum Vote”.

“It’s not the kind of language that our councillors or frankly any normal people would use,” she said – adding there was a link to his language and threats against her life from the public.

Tory MPs are angry because they fear Mrs May’s talks with Labour will lead to a customs union between the UK and EU – a softer Brexit.

The teams were also chewing into a mammoth list of demands on workers’ rights, “single market alignment”, and a “Boris lock” to stop a future Brexiteer Tory leader tearing up the deal.

Labour activists are also pressing Jeremy Corbyn to demand a “confirmatory” referendum on any Brexit deal – allowing Brexit to be cancelled.

Yet prospects looked bleak – as weeks of talks already happened before Easter with no breakthrough.

Labour sources suggested Theresa May had made no clear offer to accept Jeremy Corbyn’s key demand of a customs union.

Other sources suggested the issue of a confirmatory referendum had not even come up substantially in a four-hour session before the break.

He added of the Tories: “They clearly have a problem and a difficulty moving off what is a failed and rejected deal.”

Despite the extension to Brexit, time is running out because within weeks it will be too late not to hold the EU elections on May 23.

Yet despite the urgency, it is understood the Prime Minister had no face-to-face talks scheduled with Jeremy Corbyn as of tonight.

It was understood Theresa May would be “around as needed” on Tuesday but with no formal plans to meet in her diary.

A Labour source told the Mirror the two sides are still “a long way apart” and that they were waiting on an offer from the Government.

They added: “This week will be crucial to see if we have any chance of agreement.”