NewsGroove Uk
NewsGroove Uk > Politics > Brexit bombshell: Rebel Tory MPs will be AXED and deselected if they try and block no deal
Politics

Brexit bombshell: Rebel Tory MPs will be AXED and deselected if they try and block no deal 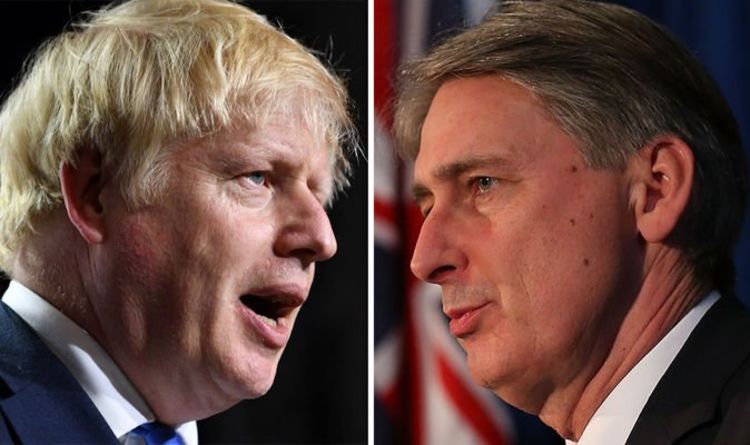 According to The Sun, any Tory rebel will also be barred from standing again for the party at the next general election. Reports suggests Prime Minister Johnson has planned the move ahead of potential plots to stop him trying to get a no deal over the line. Some within the party are angry at Mr Johnson for proroguing Parliament in a bid to resolve the longstanding Brexit issue.

He hopes that by issuing the stunning ultimatum, it could ensure any possible rebels from rejecting a ploy to stop his plan back track.

This means the likes of Remainer and former Chancellor Philip Hammond could have his career stopped if he decides to lead a Parliamentary rebellion.

Mr Hammond is one of the key figures behind a group labelled the Remain Alliance.

That team also includes the likes of Gina Miller and Dominic Grieve.

But Express.co.uk readers savaged the group and ordered them to accept the result of the referendum and back Brexit.

An incredible 97 percent of those who took part in the survey agreed.

One comments read: “Yes, it is well past time. Three years is enough time for them to move past denial and to the final stage of grief, acceptance.

JUST IN: Remoaner anti-prorogation protests to cause travel CHAOS

Mr Johnson claimed this is to push ahead with a domestic agenda, but critics have accused him of restraining Parliament’s ability to influence the Brexit process.

It also means MPs will not be able to cancel the three week conference recess, further restricting time available to them.

On Wednesday evening, just hours after the announcement, several thousand gathered in Westminster to protest the decision.

Some of those present blocked traffic on Westminster Bridge, Whitehall and Parliament Square.

They were addressed by Shadow Chancellor John McDonnell and Shadow Home Secretary Diane Abbott, as well as other speakers.

Labour leader Jeremy Corbyn has backed the latest round of protests, and urged his supporters to attend.

On Twitter he commented: “The public outrage at Boris Johnson shutting down democracy has been deafening.

“People are right to take to the streets – and I encourage everyone to join the demonstrations in London and across the country tomorrow.”