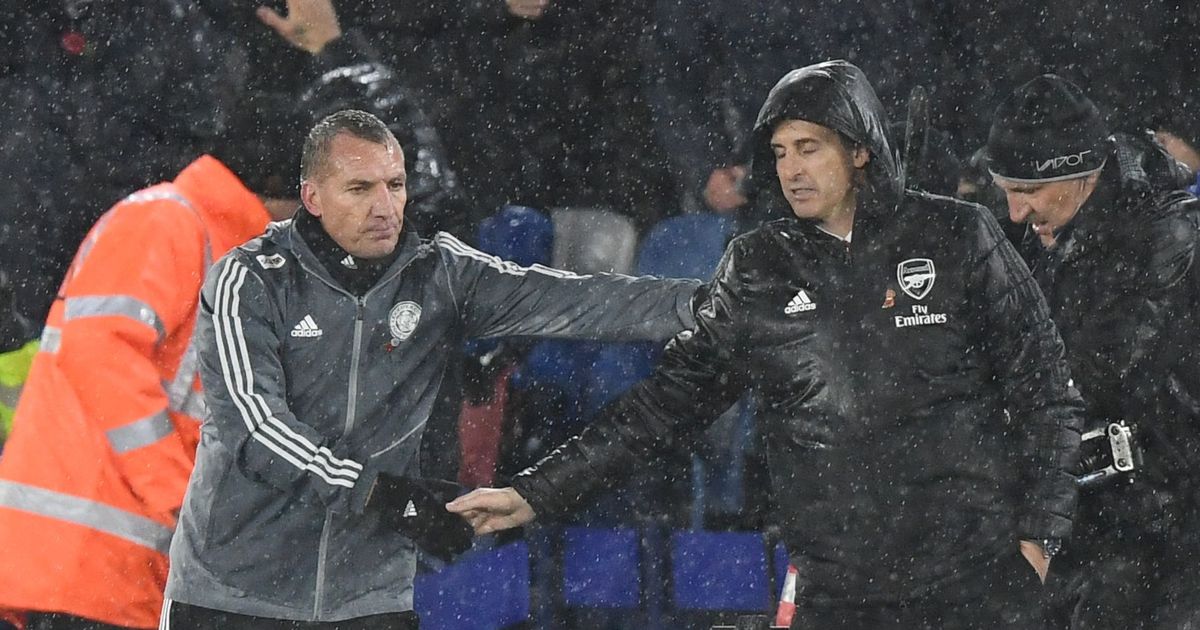 Harsh as it may seem, Unai Emery’s legacy at Arsenal is that he was hired to take them back into the Champions League – but he may have led them out of Europe altogether.

Just as David Moyes found Sir Alex Ferguson was an impossible act to follow at Manchester United, the task of succeeding Arsene Wenger at the Emirates proved too much – even for a proven winner like Emery.

I never like seeing managers fired, and I don’t subscribe to the views of pundits who branded Emery “clueless.”

That’s a cheap shot, especially for a coach who won the Europa League three times.

But there were too many alarming signs that it was all unravelling too fast for Emery – all the empty seats at the home defeat by Eintracht Frankfurt on Thursday night being the most visible.

Seven games without a win, the Gunners’ worst run since 1992, didn’t help.

The most players used in the Premier League this season (35) suggests Emery did not know his best team.

If chopping and changing between a back four and three centre halves didn’t confuse his players, it must have confused the supporters.

In his last 51 games as Arsenal manager, Emery took 88 points – exactly the same as his predecessor.

When you concede 33 shots at Watford, and 21 at home to Southampton – the Premier League’s bottom two – you know the back door is not just ajar, but wide open.

And the captaincy debacle was a crisis of Emery’s own making. Sorry, but a manager has to show leadership and make tough decisions instead of leaving it to his players to pick the captain for him.

Whether or not it works out for him in the long term, across north London the Tottenham chairman, Daniel Levy, showed decisive leadership to get rid of Mauricio Pochettino and replace him with Jose Mourinho.

Now Arsenal are changing the guard as well – but it’s crucial that they make the right appointment now if they want to return to the elite mainstream.

Given his South American connections, director of football Edu, a disciple of Wenger, might go for a surprise choice like River Plate manager Marcelo Gallardo or Mikel Arteta.

Patrick Vieira, as a former player and serial winner, would be an interesting choice, although he has found the going heavier at Nice this season.

I think it’s too soon for Pochettino to jump straight over the garden fence from Spurs, and I suspect Freddie Ljungberg’s appointment as caretaker is likely to be a temporary arrangement.

That leaves Brendan Rodgers and Eddie Howe as the leading British candidates, and former Juventus coach Max Allegri is available.

Whoever comes in, Arsenal are eight points off the top four – miles off the pace.

Regrettably, Emery has left them much in the same way as he found them: A massive club struggling to live up to the glory years under Wenger.

And the new manager is unlikely to find the burden any lighter.

Personally, I would go for Rodgers – irrespective of where he takes Leicester this season – because he won’t be afraid to give Arsenal’s youngsters a chance to flourish.

Rodgers has already managed two massive clubs, Liverpool and Celtic, coming within a whisker of the title at Anfield and leaving Scotland with Celtic on the brink of the ‘Treble Treble’ – which suggests he is not scared to make big calls.