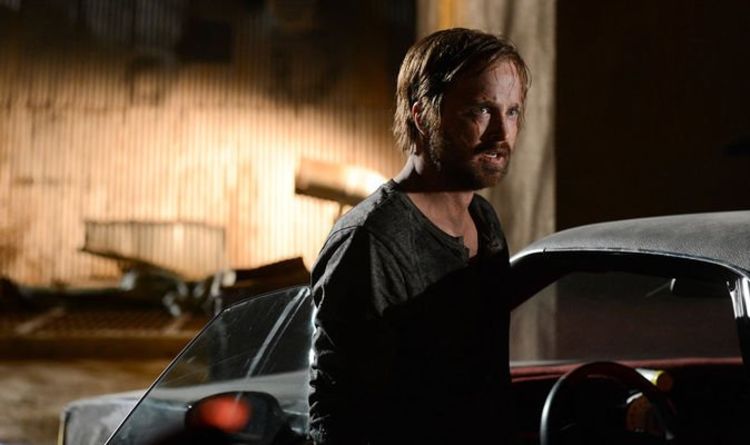 El Camino: A Breaking Bad Movie is just days from arriving on Netflix. Breaking Bad fans are delighted and desperate to see it. However, many have wondered what El Camino really means and whether that will be important for the film.

What does El Camino mean in English?

El Camino is a Spanish phrase and translates to “the way” in English.

Many may know this word in relation to the Camino de Santiago, or The Way of Saint James, which is known as an important pilgrimage in northern Spain.

However, the El Camino being mentioned in the title of this Breaking Bad movie is likely to refer to something completely different.

In the finale of Breaking Bad, Jesse Pinkman (played by Aaron Paul) is found by Walter White (played by Bryan Cranston) and is suddenly forced to take cover when Walt’s machine gun fires around the room, killing various henchman.

After this, Walter is wounded and orders Jesse to get away, while he still can.

Jesse drives off, in his red Chevrolet El Camino, and, as we see in the teaser trailer for El Camino, parks up in a desert as he listens to the radio speak of the incident.

It is also revealed that he is a suspect, as he is the only person to walk away from the scene alive – or so we think.

Therefore, the film is likely named after his car, but the fact that the movie follows Jesse Pinkman as he tries to find “his way” after the shocking events may have made it an intentional thing.

The movie had a different working title – Greenbrier – though little is known as to what this could have meant.

What is El Camino: A Breaking Bad Movie about?

The new film is about Jesse Pinkman as he struggles to deal with the events of the final episode of Breaking Bad.

It will follow Jesse as he tries to straighten some things out and avoid the police as they hunt for him.

Creator Vince Gilligan, while confirming the film is ”the last one,” also suggested the door could be open for further spin-offs, though it seems unlikely Jesse will return.

Speaking on US radio show The Rich Eisen Show, Gilligan said: “I think it’s the last one of these.

“But, then, probably five years ago I said…the last Breaking Bad episode was the last one of these too.

“So I’m just apparently a pathological liar, don’t take anything I say…”

He added: “I do not intend to make anything further at this point. I’m not trying to be coy.

“But then I didn’t intend to do anything further after Breaking Bad. You sort of go where your heart takes you.

“But having said that, I feel like what I really probably should do next is do something completely different because…it’s an interesting golden handcuffs that success gives you.

“You want that success to continue and the safest way, you think, to do that is to keep mining that same vein of ore…keep telling that same story.

“But I really figure I’d better do something new this time around.”

El Camino: A Breaking Bad Movie is out on Netflix on October 11