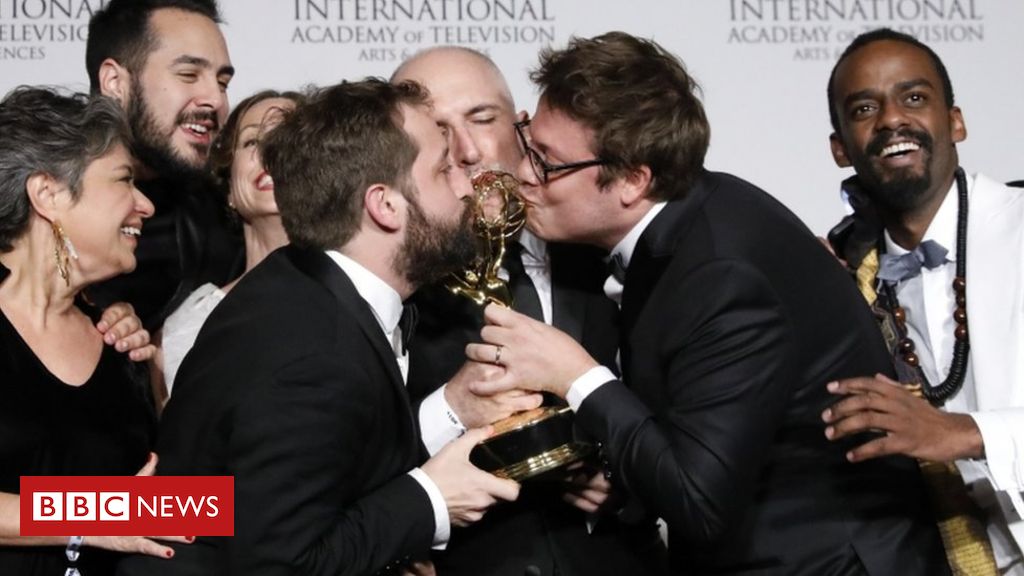 Police are investigating a fire-bomb attack on the Rio de Janeiro office of a production company behind a controversial Christmas special aired on streaming service Netflix.

The episode, by comedy group Porta dos Fundos, depicts a gay Jesus bringing a boyfriend home to meet his family.

More than 2.3m people have signed an online petition to remove the film.

A video circulating online appears to show a far-right religious group claiming responsibility for the attack.

In it, a group wearing ski masks and identifying itself as the “Popular Nationalist Insurgency Command of the Large Brazilian Integralist Family”, appear to attack the production company offices with Molotov cocktails.

A statement, read with a digitally disguised voice, criticises Netflix and describes the film as blasphemous.

The video circulated on Christmas Day – one day after Porta dos Fundos (Back Door) announced their office had been attacked.

No-one was hurt in the early-hours incident and a security guard was able to extinguish the blaze, the group said.

In a tweet they said, in Portuguese, that they were confident that the country would “survive this torment of hatred, and love will prevail together with freedom of expression”.

Their short Portuguese-language film, titled The First Temptation of Christ, has attracted criticism from religious groups and figures since its early-December release.

The group, which cites British comedy group Monty Python as an influence, previously won an International Emmy for their 2018 Christmas film which depicted the Apostles waking up with terrible hangovers after the Last Supper.

Brazil has the world’s biggest Catholic population and a growing evangelical movement that supports the government of far-right President Jair Bolsonaro – a self-described homophobe.

His son, Eduardo, is among those who have criticised the film and Netflix Brazil.

On Twitter, Juliano Medeiros, an opposition party leader, described the attack video as “unsettling” and called for “a rapid and fierce response” from the authorities to avoid further violence.

READ  Dog The Bounty Hunter's wife Beth Chapman in a 'medically-induced coma' at a hospital in Hawaii
Share on FacebookShare on TwitterShare on PinterestShare on Reddit
newsgrooveDecember 26, 2019