Boy, 9, convinced man was living in his walls – then saw pair of eyes in vent

To celebrate Halloween this year, horror author Grady Hendrix decided to ditch the fiction and recount a terrifying true story.

The writer recalled a chilling incident from his childhood, when he became convinced there was a strange man living in the walls of his home.

But no matter what he did or said, his parents did not believe him – until something truly disturbing happened.

Hendrix shared the story as a thread on Twitter which has since gone viral and scared thousands of his fellow users.

Read on if you dare…

He begins by explaining that when he turned nine-years-old, he realised that if he was careful, he could sneak downstairs at night, when everyone was asleep and eat anything he wanted.

“I could make a peanut butter, eat leftover pizza, scrape off the icing from birthday cakes – as long as I was careful I could do anything,” he said.

“One night in May, ’81 we ordered from Fish & Shrimp House. I waited until everyone was asleep & crept downstairs to eat the leftover sweet n’sour pork.

“It took forever. I finally stepped into the totally dark den & let down my guard. All of a sudden I heard a fork click on the counter. I froze. The microwave clock light showed the outline of a man sitting at our kitchen counter.”

He continued: “He couldn’t see me, but I saw him: a skinny guy, eating our leftovers, and drinking our milk from the carton.

“I can’t explain how terrifying it is for someone to BE IN YOUR HOUSE. I slooooowly backed away, crept upstairs, and woke up my mom and dad.”

READ  ‘One press-up is better than none’: How Mr Motivator and other fitness gurus stay healthy at home

However, by the time he got his parents downstairs, the stranger was no where to be seen.

“Everyone said I read too many horror comics so they blew off what I said. But no way was I pouring milk on my cereal.”

Convinced he was right about the man, young Grady began keeping stock of where everything was in the kitchen when he went to bed.

“One day the paper napkin holder was on the wrong side of the counter. Another day a mug was in the sink that was NOT there the night before.

“My bedroom door didn’t lock so I kept a steak knife under my pillow. I must’ve stabbed myself in the hand 1000 times checking to make sure it was there.”

Then a few months later, in August he saw something in the air conditioning vent above his bed – and he knew he’d been right all along.

“I was in my room reading when I looked up,” he recalls. “There’s an A/C vent over my bed. Behind the vent a pair of eyes were watching me.

“I freaked and raised hell until my parents searched our attic and the crawl space under our house. Nothing. I wasn’t very popular for a few weeks.

“The last week of August our house started to smell. One night, rice fell out of the vent over my bed. Maggots. The A/C people said something had probably crawled into our vents and died.

“Turns out what had crawled into our vents and died was the guy. We lived in an old house with lots of space between the walls and big ducts. He’d been living in them since May. At least.”

Grady added: “He’d put a foam pad beside my bedroom vent so he’d be comfortable while he watched me. The police said he’d made lots of ‘drawings’ but when I asked they pretended they hadn’t said anything.

“No one ever identified him. He was buried as a John Doe. To this day I can’t look inside the vents in houses.” 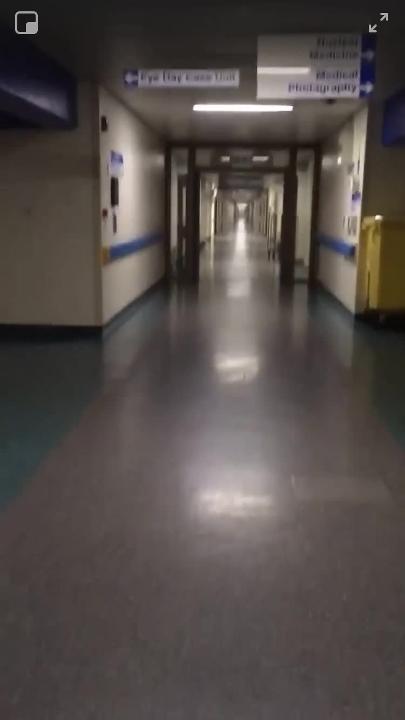 One user said: “Thanks Grady! I will never sleep again.”

Another replied: “Holy s***! Horrific on so many levels.”

A third person added: “Success! You have scared the living daylights out of me.”

Have you got creepy story to share? Email yourmirror@mirror.co.uk

My pandemic epiphany: how I fell in love with online therapy

Dear Coleen: I’m about to get married but he refuses to confide in me

Beyoncé's mother criticises US Vogue for lack of diversity

Lindt is launching a vegan chocolate range made from oat milk

What is Reels? Here’s everything you need to know about Instagram’s new TikTok rival platform

My pandemic epiphany: how I fell in love with online therapy