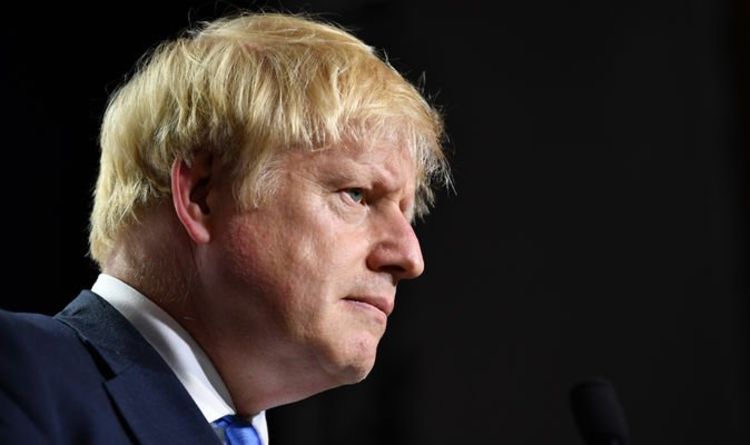 The Prime Minister stunned MPs by announcing he will close down the Commons for up to five weeks. It means Remainers will have potentially just three days to launch their plans to block a no-deal exit. Mr Johnson said he wanted the temporary shutdown – known as prorogation – to allow him to introduce “exciting” plans to “take this country forward”, including a crackdown on violent crime, investment in the NHS and education reforms.

Desperate Remainers last night tried to drag the Queen into a political row by demanding a meeting to discuss the move.

Mr Johnson said it was “completely untrue” to suggest that Brexit was behind his decision to suspend Parliament.

He said: “We need to get on with our domestic agenda and that’s why we’re announcing a Queen’s Speech for October 14.”

The Prime Minister said prorogation would allow him to bring forward legislation for a new withdrawal agreement if a deal can be done with Brussels around the time of the European Council summit on October 17.

“There will be ample time on both sides of that crucial October 17 summit, ample time in Parliament for MPs to debate the EU, to debate Brexit, and all the other issues,” he said.

The Commons was expected to sit in the first two weeks of September and then break for three weeks while the parties hold their autumn conferences.

Some MPs had been preparing to vote to stop the recess to allow more time to consider Brexit, but the move torpedoes their plan.

In a message to MPs, the Prime Minister said EU leaders were watching their actions and “it is only by showing unity and resolve that we stand a chance of securing a new deal that can be passed by Parliament”.

MPs will head back on October 14 for the Queen’s Speech setting out Mr Johnson’s legislative programme at the State Opening of Parliament.

The Queen approved the order to prorogue Parliament after meeting Leader of the House Jacob Rees-Mogg at Balmoral yesterday afternoon.

The suspension will take place no earlier than September 9 and no later than September 12, and last until October 14. Labour leader Jeremy Corbyn said he had “protested in the strongest possible terms on behalf of my party” in a letter to the monarch.

He called for a meeting with her alongside other opposition members of the Privy Council.

The Labour leader said: “This is an outrage and a threat to our democracy.”

Liberal Democrat leader Jo Swinson said: “I’ve written to the Queen to express my concern at Boris Johnson’s anti-democratic plan to shut down Parliament, and to request an urgent meeting. This is a crucial time in our country’s history, and yet our Prime Minister is arrogantly attempting to force through a no-deal Brexit against the democratic will.

“He is outrageously stifling the voices of both the people and their representatives.”

Speaker John Bercow, who was on holiday, also expressed anger. He called the move “a constitutional outrage”.

But DUP leader Arlene Foster said she had spoken directly with Mr Johnson about his plans and he was “well within his rights”.

She added: “All I know is the Prime Minister is entitled to go to Her Majesty the Queen and seek a new Queen’s Speech, particularly as a new leader and new Prime Minister he wants to set out his domestic agenda and I don’t think there’s anything unusual about that.”

Conservative MP Damian Collins said: “Despite all the shock indignation about Parliament being prorogued there is nothing it can’t do next week or after October 14 that it could have done during the four weeks it won’t be sitting.

Mr Johnson faces a fresh battle with his own backbenchers when Parliament does sit in October if he tries to push through a new version of the withdrawal agreement agreed by his predecessor Theresa May, even if the divisive Irish border backstop has been removed. Mrs May’s version has already been rejected three times by Parliament.

Mark Francois, one of the key figures in the European Research Group of Brexiteer Tories, said he would not back a revived version and added that he suspected “neither will many of my colleagues.”