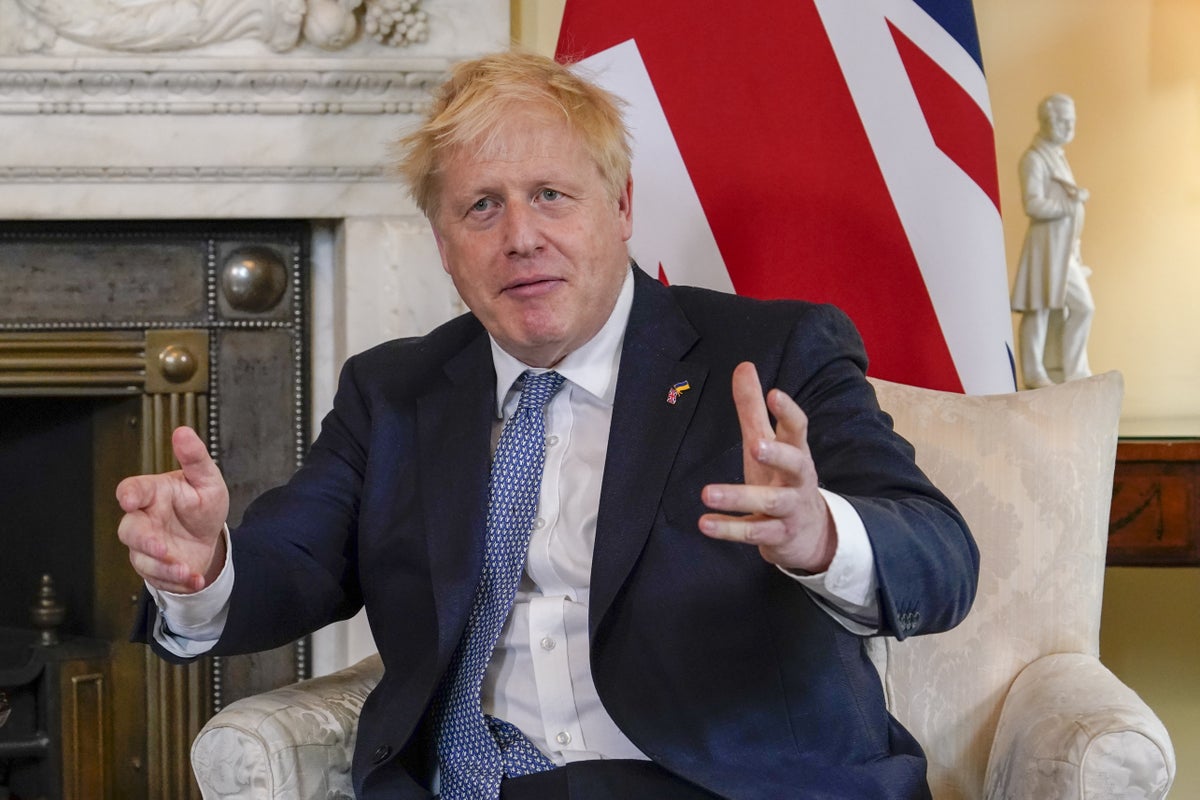 oris Johnson has won a crunch confidence vote on Monday night but he was left severely wounded after 148 Tory MPs rebelled against him.

The result left the Prime Minister in a position, at least technically, to carry on in office as he gained 211 votes, more than half of the 359 eligible to take part in the ballot.

However, the size of the revolt revealed the deep split in the Conservative Party over whether he should remain Prime Minister.

So Mr Johnson’s result was a worst percentage than she got, with 41% of his MPs voting against him.

Mr Johnson’s allies were seeking to argue that the vote settled the row over his leadership.

But his opponents said that with more than a third of the party voting against him the threat to his leadership was far from over.

Newcastle-under-Lyme Tory MP Aaron Bell said it was a significant vote against Mr Johnson, adding it was “considerably more than Theresa May”. “It’s up to him what he does next.”

However, ultra-loyalist MP James Cleverly, a Foreign Office minister, said the result showed Mr Johnson has a “clear mandate” from the Tory party.

“Ultimately we want the party to work together to support the Prime Minister,” he said.

“He has now just got his third mandate from the parliamentary party and everyone should respect that and get on with it.”

The outcome on Monday night came after a day of drama at Westminster which started shortly after 8am when Sir Graham Brady, chairman of the 1922 committee of Tory backbenchers, announced at least 54 Conservative MPs had sent in letters demanding a confidence vote in the Prime Minister.

It is understood this threshold was passed on Sunday with more MPs signalling that they would join the calls for Mr Johnson to go on Monday after the end of the Platinum Jubilee Bank Holiday weekend to avoid spoiling the celebrations with political turmoil.

Shortly after Sir Graham’s annoucement, the Prime Minister went on the offensive to retain the support of Tory MPs amid accusations that No10 and party whips had failed to mount a strong enough political operation to shore him up.

Mr Johnson sent a letter to all Tory MPs pleading with them to continue backing him so he could “draw a line” under the partygate scandal which has so damaged the Government and take forward the Conservatives as “one united party”.

But just as he appeared to be getting on the front foot in his fight to stay in No10, former Foreign Secretary Jeremy Hunt, seen as a challenger to take over from Mr Johnson if he is ousted, broke cover to say he would be voting “for change”.

In a hard-hitting intervention, he accused the current Government of “not offering the integrity, competence and vision necessary to unleash the enormous potential of our country”.

Defence Secretary Ben Wallace, who later turned up to vote with the Prime Minister shortly before 7.10pm on Monday evening, tweeted in the morning: “In 2019 Boris won with a majority of 80. He has delivered victories in seats we have never held before. On Covid, on Ukraine he has helped deliver a world leading response. He has my full confidence.”

Foreign Secretary Liz Truss said: “The Prime Minister has my 100% backing in today’s vote and I strongly encourage colleagues to support him. He has delivered on covid recovery and supporting Ukraine in the face of Russian aggression. He has apologised for mistakes made. We must now focus on economic growth.”

However, amid a frenzied atmosphere at Westminster, Education Secretary Nadhim Zahawi, while backing Mr Johnson, stopped short three times during a BBC radio interview at lunchtime of ruling out standing in a leadership contest if the Prime Minister was toppled.

Earlier, Mr Johnson had suffered a blow when his anti-corruption champion John Penrose MP quit his post and said he would be voting against the Prime Minister.

“It feels like the beginning of the end,” he said.

However, some allies of the PM stressed that forcing out Mr Johnson would lead to a Labour-SNP coalition at the next election.

Brexit minister Jacob Rees-Mogg tweeted: “The time for navel-gazing has ended. The British people gave Boris a mandate, Tory MPs would be wise to accept it.”

Mr Johnson addressed Tory MPs at a meeting of the 1922 Committee of Backbench Conservative MPs at 4pm on Monday afternoon.

He had faced a drip-drip in the days before the Platinum Jubilee of MPs coming out to call for him to go.

But he told Tory MPs at the gathering that this is not the moment for “a leisurely and entirely unforced domestic political drama”.

He took five questions after his speech – three positive and two hostile – during the 30-minute meeting.

Tory MPs started voting at 6pm, with the ballot closing at 8pm.

They were forced to hand in their mobile phones as they arrived for the vote to avoid any of them taking photos of whether they backed the PM or not, as such practices can be used to pressurise MPs to stay loyal to their leader.

Conservative MPs filed into a packed committee room 14 to hear the result just before 9pm.