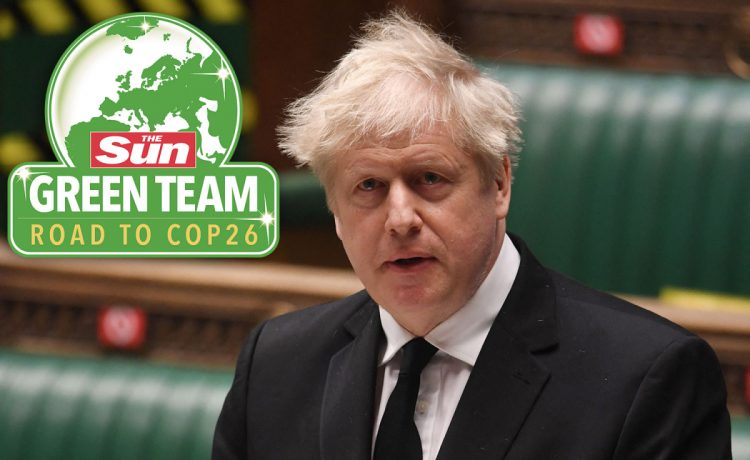 BORIS Johnson will step up his campaign for a greener planet this week by urging world leaders to turn their words into action.

The PM will call for global action to step up the pace when he addresses a US summit on climate change.

He is paving the way for the COP26 environment summit in Glasgow this November by asking every country to commit to ambitions targets to cut emissions by 2030.

So far 80 countries have vowed to hit net zero – covering 65 per cent of global carbon gases. This is three times more than when the UK took over the COP presidency less than 18 months ago.

But Mr Johnson will call on leaders to be more ambitious and urgent in their goals.

Former Business Secretary Alok Sharma, who is president-designate of the Glasgow summit, will on Monday make his first visit to Japan to discuss climate ahead of the US leaders’ summit on Thursday.

He will meet Prime Minister Yoshihide Suga to push for him to follow Britain’s lead in phasing out coal power.

France could follow Britain’s lead and Frexit out of EU, Michel Barnier admits

READ  Is it legal to prorogue parliament?

Mr Sharma said: “The US leaders’ summit on climate is a major event in this vital year for climate action on the road to COP26 in Glasgow.

“The climate crisis is the greatest challenge that we face and it is our duty to address it. There are also great opportunities as we look to build back greener – accelerating our move to a greener futures, as we invest in new technologies and create millions of new jobs across the world.

“We are making progress but we are not there yet. There is much more work to be done. We need to turn ambition into action and coming together this week we are looking to raise global climate ambition, continue the momentum we have already seen and ensure we keep 1.5 degrees in reach.”