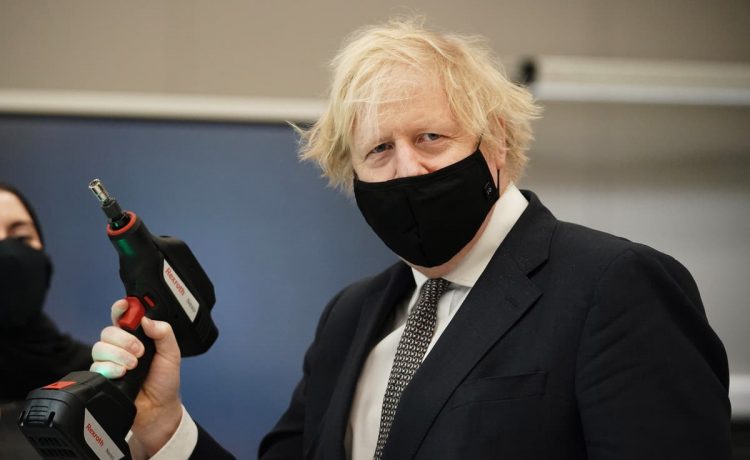 The Prime Minister cautioned the public that they should be under “no illusions” about the challenges posed by a fresh outbreak on the continent.

On a visit to Preston on Monday, he said: “I’ve talked to our (European) friends repeatedly over the period – we’re all facing the same pandemic, we all have the same problems.

“If there is one thing that is worth stressing is that on the continent right now you can see sadly there is a third wave under way.

“People in this country should be under no illusions that previous experience has taught us that when a wave hits our friends, it washes up on our shores as well. I expect that we will feel those effects in due course.”

His comments come after several regions in France returned to a limited month-long lockdown and Germany’s Chancellor Angela Merkel warned she may need to apply an “emergency brake” on relaxing restrictions.

The PM made the comments amid a fresh war of words brewing with the EU over the vaccine roll out. The president of the European Commission has warned that the EU could “forbid” doses made in the bloc from being exported to the UK.

Mr Johnson said he was “reassured” by conversations with EU leaders that they did not want to ban vaccine exports, adding: “I’m reassured by talking to EU partners over the last few months that they don’t want to see blockades, I think that’s very important.”

He said the country’s vaccine programme was “on course” and the Government planned to “just bash on” with the road map already set out.

Vaccine tensions today focused on a single plant, Halix, in Leiden, Netherlands, which is sub-contracted to supply millions of doses of the Oxford/AZ product to the UK.