NewsGroove Uk
NewsGroove Uk > Politics > Boris Johnson vows everyone in UK will be within 10 miles of Covid vaccination centre with 1,200 sites open by next week
Politics 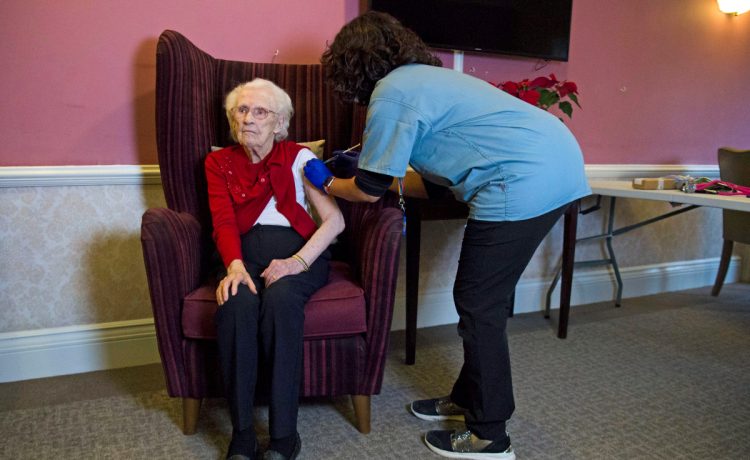 BORIS Johnson has vowed Brits will not have to travel more than 10 miles to their nearest coronavirus vaccination centre as 1,200 hubs plan to open next week.

The PM revealed at a Downing Street press briefing last night that nearly 1.5million Brits had received their first dose so far as he set out his strategy to defeat the virus.

Boris confirmed everyone will be within 10 miles of a vaccination centre as he unveiled a new national booking service for people to get their jab.

More than 1,000 GP centres, 223 hospital sites and seven mass vaccination centres are due to open by next week, as part of efforts to hasten the rollout.

Drive-through vaccination centres will also be made available in the car parks of some Morrisons supermarkets from Monday.

Boris insisted he had “no doubt” that there would be enough supply to offer everyone in the top four vulnerable groups a vaccine by his February 15 deadline.

“We are in a race against time, but I can assure you we are doing everything we can to vaccinate as many people as we can across the whole of the UK,” the PM said.

He admitted his vow to inoculate 13.5 million in five weeks and meet his ambitious target was “very challenging and stretching”.

NHS boss Simon Stevens said the bulk of the jabs will be through GPs offering it to local patients, but people will also be able to get them through hospital hubs, and mass vaccination centres working 7 days a week.

Brigadier Phil Prosser – appearing alongside the PM – told how top military battlefield planners will help thousands more to receive the jab in the coming weeks.

He said the strategy was “unparalleled in its scale and complexity” – even after his previous work in war zones in the past.

“We aim to deliver vaccinations as soon after it is supplied as possible, not leaving vast supplies in the warehouse.

There are 21 roving teams on standby ready to travel anywhere in England to deliver jabs quickly.

It comes as furious MPs and medics demanded Britain to stop dithering and vaccinate round the clock to hit the three million jabs a week.

The PM has set a target of vaccinating up to 13 million of the most vulnerable Brits by the middle of February in a bid to ease the draconian lockdown restrictions.

The NHS needs to reach two million people a week to reach the PM’s goal, but only 300,000 are currently being given out at the moment.

Boris vows to vaccinate 200,000 Brits a day by next week as Army called in

A source said it would take some days before the NHS was delivering jabs in “big numbers”.

A Government spokesman said: “This is the largest vaccination programme in NHS history with complex logistical challenges.

“It is being accelerated every day and vaccinations will be taking place at over 1,000 sites by the end of this week.”