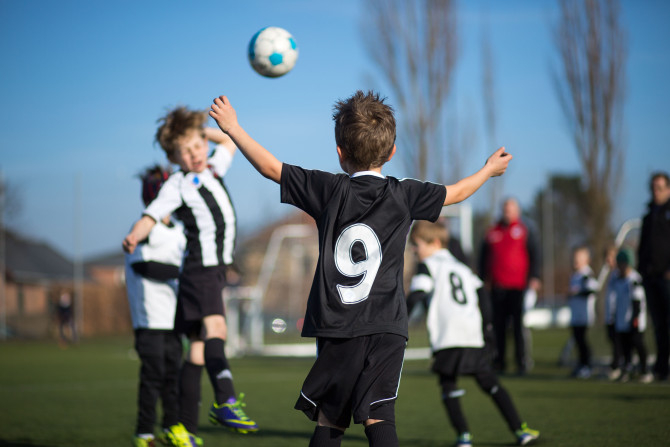 BORIS Johnson is under massive pressure from MPs and scientists to axe his “illogical” lockdown ban on kids playing team sports.

The PM has barred everyone – including children – from exercising with more than one other person in his brutal March-style lockdown.

While he also closed schools for most children – meaning they will not even get PE lessons.

They are demanding children are immediately exempted from the ban on groups playing footie or other sports down the park.

He said: “We need to be encouraging kids to do as much physical exercise as possible – it is good for their physical and mental health and socialising skills, which they are losing by not being in classrooms.

“If you don’t have things like that they tend to go off in groups anyway with no stewarding or social distancing.

“I get complaints of lots of kids down at the local skateboard park who pay no attention to social distancing.

“Well if you organised it you could instill a bit of discipline and social distancing.

“They will still go out with their mates so you may as well lay on something which is monitoring it as much as possible.”

He accused ministers of sending out mixed messages by banging on the drum for more exercise, but then slapping restrictions on sports.

He added: “It is not helpful when Premier League stars have all their New Year’s Eve parties and things – that sets a really bad example.

“Like it or not, an awful lot of people follow football and we need to give people things to do to stop them going nuts while they are cooped up at home.

“But there is an inconsistency here – if you want people to get fit then make it possible rather than putting up arbitrary and illogical barriers.”

Robert Dingwall, a sociology professor who sits on the science committee Nervtag which advises the government on pandemics, said deprived kids will be hardest hit by the team sports ban.

He told The Sun: “Sport is important for the social and physical development of children.

“Particularly for children at primary school age there is no real evidence that infection is harmful or that they play a major role of transmission within the community.

“And outdoor sports are taking place in an environment where there is inherently a very low risk of transmission anyway.”

He said the biggest  risk from kids sports from over enthusiastic parents crowding around the sidelines – and this can be easily dealt with.

Meanwhile, Children’s Commissioner Anne Longfield said under 12’s should be exempt on the restrictions on mixing in groups of more than two outside.

In a blog, she called for the government to “be clear that outside play is allowed”

She added that children “under 12 should be exempt from rules about meeting up outdoors”.

Lockdown could be extended until March if vaccine rollout fails, Gove warns

1.3m have had Covid vaccine including quarter of all over 80s, PM reveals

But the government says the ban is necessary because Covid infection rates have rocketed so quickly, and are only expected to get worse.

Plunging the country into brutal lockdown again last night, the PM said he was shutting schools and forcing kids to stay at home because “we now have to do everything we possibly can to stop the spread of the disease”.