Boris Johnson will visit the Ukraine region and hold a crisis talks with Vladimir Putin next week amid fears of a Russian invasion.

The British prime minister is determined to “accelerate diplomatic efforts” and “ramp up deterrence to avoid bloodshed” in the coming days, according to government sources.

The planned trip to the region comes amid rising tensions between Ukraine and Russia, which is continuing to build up its forces on its neighbour’s border.

However, it will not go unnoticed that the prime minister’s overseas visit comes at a time of rising tensions on the domestic front, with a redacted version of the long-awaited Sue Gray report expected to be published imminently.

Johnson has faced widespread criticism that his government has been “paralysed” by “partygate” at a time when he ought to be focusing on other issues, such as the escalating Ukraine crisis, as well as the cost of living.

A Downing Street spokesperson said: “The prime minister is determined to accelerate diplomatic efforts and ramp up deterrence to avoid bloodshed in Europe.

“He will reiterate the need for Russia to step back and engage diplomatically when he speaks to president Putin this week.”

It comes after Johnson asked defence and security chiefs to consider further defensive military options in Europe during a high-level intelligence briefing on the situation last week.

He will consider a range of options to deter Russian aggression in the region, including fresh deployments and bolstering Nato’s defences after a Ministry of Defence meeting this weekend.

Meanwhile, the Foreign Office is expected to announce tougher sanctions on Monday, meaning the UK can target Russia’s strategic and financial interests – despite reported US worries over the extent of “dirty” Russian money in London.

American diplomats have raised concerns that any sanctions imposed on Russia over the potential conflict would prove to be ineffective due to the sheer amount of Russian wealth in the capital, also referred to as “Londongrad”. 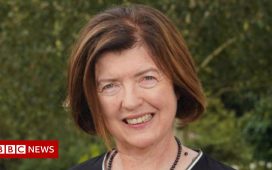 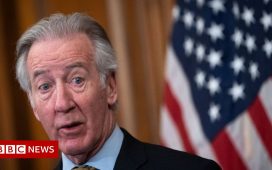