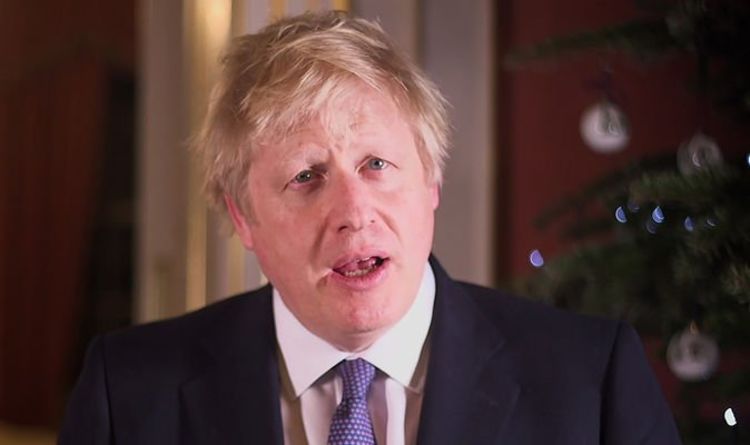 In the first step towards taking personal control of the Brussels talks, the Prime Minister will relaunch his Brexit team as “Taskforce Europe” next month. His European policy adviser David Frost is to take charge of the unit responsible for implementing the Government’s Withdrawal Agreement with the EU and supporting the negotiation effort. A Government source said: “In 2020, we will move forward to establish a future relationship and free trade agreement with the EU.

“Following the election, the Government has a clear and renewed mandate to achieve this.

“We want our new relationship to be based on an ambitious free-trade agreement and a close friendship between sovereign equals.”

News of the shake up follows opening salvos from Brussels over the last week.

On Friday, European Commission President Ursula von der Leyen threatened to try to extend the UK’s transition out of the EU which is currently due to conclude by the end of 2020.

“We should seriously ask ourselves if all these negotiations are possible in such a short time,” she said, adding: “I think it would be reasonable to take stock mid-year and, if necessary, agree on an extension.”

Downing Street flatly rejected her suggestion that more time could be needed for the trade negotiations.

Brussels sources have also indicated that limiting the City of London’s access to European markets will be put on the table in the forthcoming wrangle.

Chief Brussels Brexit negotiator Michel Barnier has announced his “Taskforce 50” team is to become the “Task Force for Relations with the UK”.

Mr Johnson is understood to be finalising his Brexit plans for the New Year while on holiday on the private Carribean island of Mustique.

He is also fine-turning proposals for a radical reorganisation of Whitehall departments along with a wide-ranging Cabinet reshuffle soon after the UK’s expected departure from the EU due on January 31.

The Whitehall shake up, being overseen by Mr Johnson’s key Downing Street adviser Dominic Cummings, could see responsibility for prisons, probation and sentencing being stripped from the Justice Department and returned to the Home Office.

A separate department to oversee borders and immigration is also expected to be set up.

Mr Cummings was also reported to be studying plans to redefine what Britain’s vast £14billion foreign aid budget can be spent on.

Under the UK’s legally-binding commitment to spend 0.7 per cent of national output on overseas aid, such expenditure is governed by a strict international Overseas Development Aid definition.

A ‘new British standard of aid spending’ is said to be under consideration that could see the cash shared more widely across Whitehall departments including with the Ministry of Defence.

One Cabinet source was quoted by a Sunday newspaper as saying: “It’s our money and it is up to us how we spend it.”