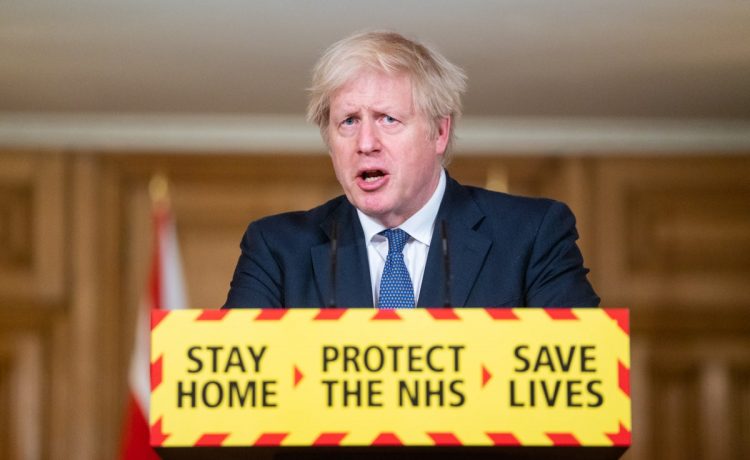 A Downing Street official told Playbook that the PM will insist “there’s still a way to go” and continue to urge people to stick to the rules with deaths hitting a record 1,820 deaths earlier this week.

The Prime Minister is expecting to provide an update on the vaccine rollout after revealing that two million people have been vaccinated in the last week alone.

Mr Johnson told reporters on Thursday: “I think it’s too early to say when we’ll be able to lift some of the restrictions.”

He said: “We’re looking at that February 15 deadline, as you know, for the JCVI (Joint Committee on Vaccination and Immunisation advisory body) groups one to four – the elderly, the vulnerable groups that we want to vaccinate first, that 15 million people across the UK that we want to have been offered a vaccination slot by 15 February.”

The aim of proposals, which would reportedly cost up to £450million a week, would be to encourage more people to take tests and self-isolate.

Such a plan is said to be the “preferred position” of Matt Hancock’s Department of Health, according to reports on Thursday night.

The £500 payment would apply irrespective of people’s age, employment status or ability to work from home.