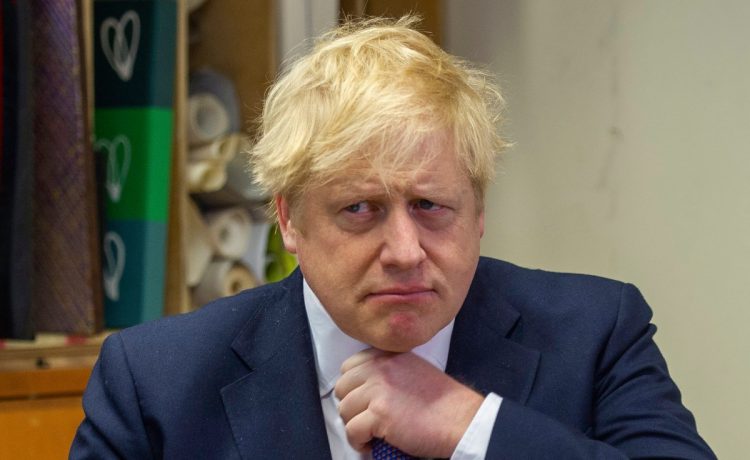 BORIS Johnson is set to hand MI5 more powers after the publication of the Russia report.

The Prime Minister is planning to push ahead with new counter-espionage legislation to make Britain a “harder environment for adversaries to operate in” after the scale of Russia’s attacks on Britain were revealed.

It follows the long-awaited report by Parliament’s Intelligence and Security Committee which confirmed a series of attempts by the Kremlin to interfere in British democracy.

The 50-page document analysed Russian meddling in UK elections and referendums across donations, cyber attacks and even assassinations.

He is now set to push for new laws including a formal “register of foreign agents” modelled on the system used in the US and Australia.

The American Foreign Agents Registration Act forces spies working on behalf of foreign governments, officials and political parties to register with the US Department of Justice and update them with what they get up to.

It was introduced in 1938 in the US to stop foreign agents spreading fascist propaganda.

Speaking today, Transport Secretary Grant Shapps confirmed the change was being looked at.

He told Sky News: “We are looking at additional powers to look at the activities of hostile states and that may include introducing new laws.

“On something like the foreign agent registration laws, that exist in the US and Australia.

“This isn’t the end of the road as far as this is concerned, and I do think it’s important that we are aware that states like Russia are not playing by the international rule book.

READ  European elections exit poll: Will there be an exit poll for the EU election tonight?

“I urge them to desist in this kind of activity.”

Russia has been accused of repeated interventions and attacks on British soil.

This includes the Salisbury poisoning attack on spy Sergei Skripal and his daughter Yulia, 33.

The ex-KGB spy and his daughter Yulia, 36, were exposed to a nerve agent and fell gravely ill after having a pizza lunch in Salisbury on Sunday, March 4, 2018.

Russia denied that their special services were involved in the attack, which sparked a diplomatic spat and the expulsion of embassy staff.

Yesterday’s long-awaited report had demanded new legislation to crack down on foreign spies, and accused the Government of being slow to act.

It said: “It has been clear for some time that Russia under Putin has moved from potential partner to established threat, fundamentally unwilling to adhere to international law – the murder of Alexander Litvinenko in 2006 and the annexation of Crimea in 2014 were stark indicators of this.

“We therefore question whether the Government took its eye off the ball because of its focus on counter-terrorism: it was the opinion of the Committee that until recently the Government had badly underestimated the response required to the Russian threat –and is still playing catch up.”

The committee also raised concerns about which Government organisation is actually responsible for protecting the UK against foreign interference.

It said: “The defence of those democratic processes has appeared something of a ‘hot potato’, with no one organisation considering itself to be in the lead, or apparently willing to conduct an assessment of such interference.”

READ  Emergency coronavirus talks on the possibility of parliament closing

It comes just days after Putin’s Russia was accused of trying to steal a coronavirus vaccine from Britain.

The Kremlin laughed off the allegations calling them “foggy and contradictory”.

Security sources say the high-tech espionage was ordered “at the highest levels” – possibly by Putin himself.

How Russia made UK top target and turned London into ‘Londongrad’

Who qualifies for a face mask exemption card and how do you get one?