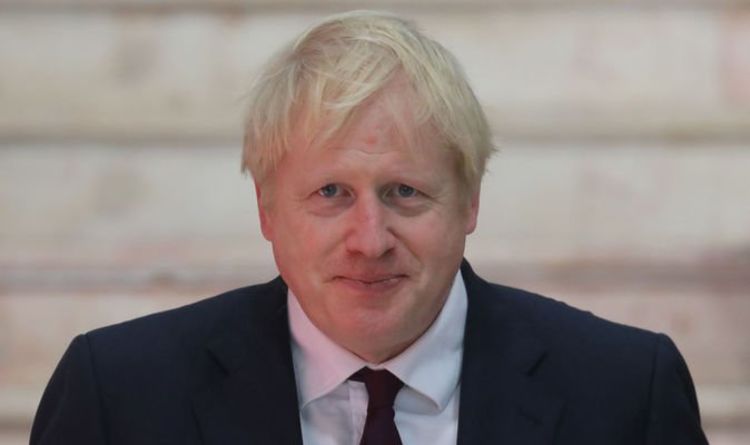 The Conservative Party has taken a 12-point lead over Labour in the latest YouGov poll as the prime minister takes his serious Brexit message to the EU. In a meeting at the G7 summit in Biarritz on Sunday, Mr Johnson warned European Council President Donald Tusk he would take the UK out of the bloc on October 31 “whatever the circumstances”.

And voters are responding positively to his firm stance, with 33 percent backing the Tory party and just 14 percent saying they would vote for Nigel Farage’s Brexit Party.

The survey conducted for The Sunday Times put Labour on 21 percent, the Liberal Democrats on 19 percent and the Greens on 7 percent.

The results gave the Tories their largest lead in a YouGov vote since the 2017 general election when the party lost its parliamentary majority.

Speculation is mounting over a general election in October to coincide with the European Council summit in Brussels.

Commentators have said Mr Johnson may find it difficult to get a fresh Brexit deal through Parliament and he may find a no deal exit blocked by MPs.

Therefore, the prime minister would want to increase his Conservative majority to strengthen his position as he seeks to take the Brexit process to the next stage.

This week the Brexit Party’s chairman warned the prime minister his party could win the next election if he did not deliver on the results of the 2016 EU referendum.

READ  Election 2019: No Labour apology and Tories criticised over Islamophobia

Mr Tice said: “Boris is enthusiastic and optimistic but if he doesn’t deliver, if renegades within his party betray him to stop Brexit, then essentially that party becomes ungovernable.

“If the Conservatives do not deliver Brexit on October 31 and they have to go begging to the European Union for a third time, the Conservative Party then would be finished.

“Our phones would be red hot with furious Tory MPs saying ‘we want to come over to the Brexit Party’ and we would then get ready to be the party of Government no question at all.”