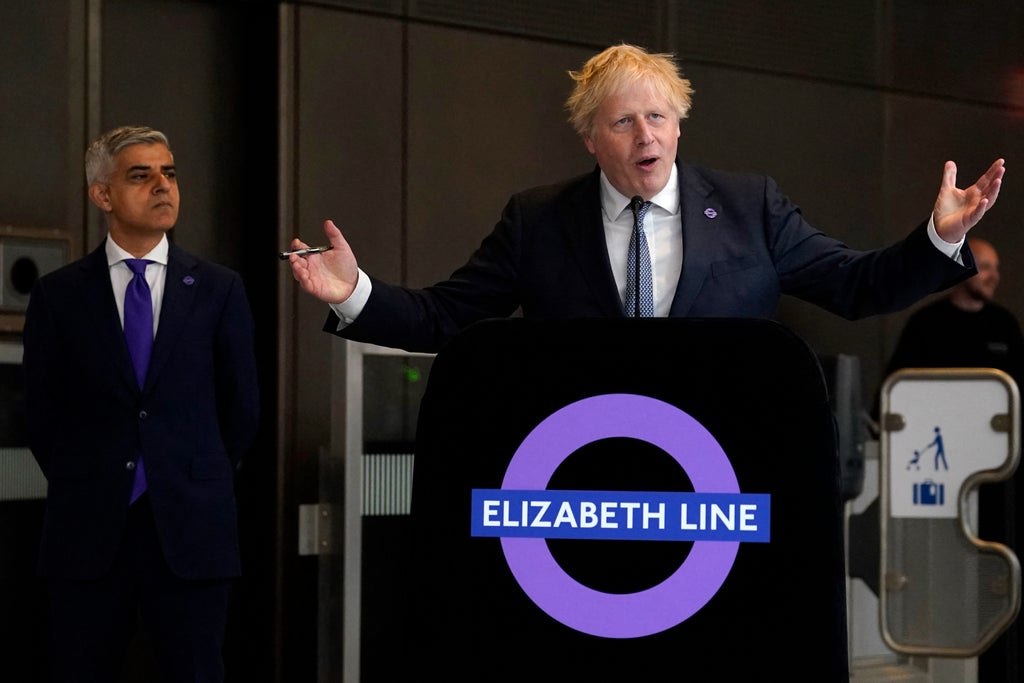 The Prime Minister was speaking after the Queen visited Paddington station to perform the official opening of the Elizabeth line, which is named in her honour.

The line will open to passengers on Tuesday next week, with the first trains leaving Paddington and Abbey Wood stations at 630am.

Addressing an audience of VIPs and staff who built Crossrail and who will operate the Elizabeth line, Mr Johnson said it was a good incentive to get back to work and stop people eating “cheese and houmous” at home.

He added that Crossrail was “on budget when he left” City Hall in 2016 after two terms as mayor. The costs have since increased by £4bn to £20bn.

One observer said Mr Johnson – whose speech was heard by the Earl of Wessex, who had accompanied his mother – used his address to make a point about ending the “working from home” culture in an “aggressive way”.

The Prime Minister was said to have told the audience: “Get away from the houmous and get back on these trains.”

Mr Johnson appeared to seek to lay the blame for the increase cost of completing Crossrail at the door of Mr Khan, who succeeded him as mayor in 2016.

However, an investigation by the Commons public accounts committee has previously found the problems with a lack of financial oversight of Crossrail date back to 2015, when it was jointly overseen by TfL and the Department for Transport, while Mr Johnson was mayor.

One observer said that Mr Johnson’s speech was “not very statesmanlike”.

Mr Khan declared the Elizabeth line “fit for a queen” and said it was “fit for the 22nd Century, not just the 21st”.

He said the Queen was “on top form” and added: “When I received that phone call this morning saying she was coming, I was really excited. I’m a monarchist. I love the Queen. I’m looking forward to the [jubilee] celebrations this year.

“She had a spring in her footstep. She was really excited to be here today.”

Mr Khan, in his speech, praised the “unsung heroes” who had built Crossrail and also paid tribute to the role played by the Prime Minister and Transport Secretary Grant Shapps, with whom he has frequently clashed.

The pair are currently at loggerheads over the decision to announce Crossrail’s opening date a day before the May 5 local elections.

Prior to the royal opening on Tuesday – the Queen’s attendance was only confirmed by Buckingham Palace less than two hours before she made to Paddington, due to her ongoing health issues – there had been dismay at City Hall and TfL that the Government appeared to be seeking to claim full credit for Crossrail, despite only paying about a third of the costs. 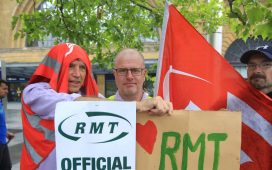