oris Johnson has backed calls for the “brazen” P&O Ferries chief executive to resign over the sacking of 800 staff.

Grant Shapps vowed to force P&O to U-turn on its decision and called for Peter Hebblethwaite to quit over his admission that the company broke labour laws.

When asked if the Prime Minister supported the call by the Transport Secretary, a No 10 spokesman said: “Yes.”

Mr Shapps said it was “unacceptable” hundreds of workers had been fired without warning and replaced by people paid just £5.50 an hour – well below minimum wage.

Mr Hebblethwaite faced a barrage of criticism when he appeared before MPs on Thursday and acknowledged that making the decision without consulting with unions broke the law.

Speaking to Sky News, Mr Shapps said: “ I thought what the boss of P&O said yesterday about knowingly breaking the law was brazen, breathtaking, showed incredible arrogance and I cannot believe that he can stay in that role having admitted to deliberately using a loophole and breaking the law.”

Pressed on whether Mr Hebblethwaite should resign “right now”, he said: “Yes.”

Under British law companies must give the Government 45 days notice if they are making mass redundancies and pay new workers a minimum of of £9.50 an hour from April 1.

But P&O ferries are flagged to the Cypress flag and can use loopholes not to adhere to UK laws or pay minimum wage.

Mr Shapps said the company did not give ministers in Cyprus warning about the cuts either.

He added that he would lay out plans next week to force a U-turn and make P&O pay UK minimum wage in the whole of the British economic area.

“What I’m going to do about is come to Parliament this coming week with a package of measures which will both close every possible loophole that exists and force them to U-turn,” he said.

“We are not having people working from British ports on regular routes between here and France, here and Holland and failing to pay the minimum wage. It’s simply unacceptable.”

At the Transport Select Committee Mr Hebblethwaite told MPs there was “absolutely no doubt” that under UK employment law the firm was required to consult on making the mass cuts.

“We chose not to consult and we are, and will, compensate everybody in full for that,” he said.

He was met with laughter from MPs when he said one of the reasons they had not consulted was that “no union” would have accepted the job cuts plan and added that a £36million compensation package had been put in place for sacked workers.

MPs were told that the business would have closed if the decision was not taken. 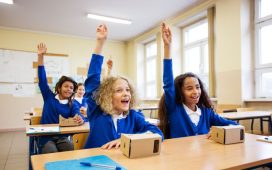