Boris Johnson given 18 MONTHS to save Britain – SNP ultimatum 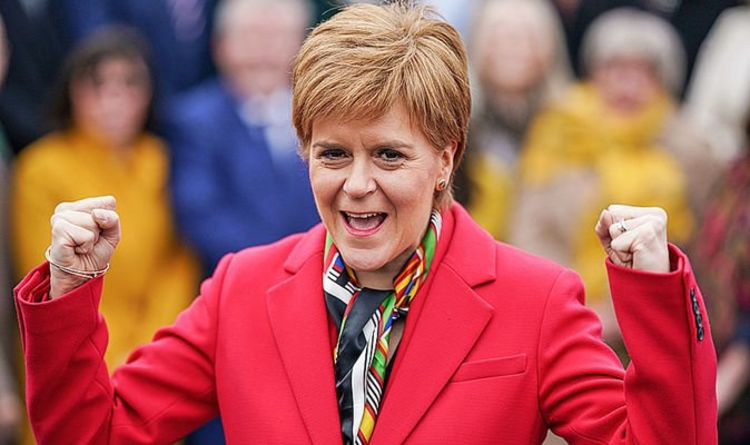 Former Scottish Secretary David Mundell said that the next Scottish Parliament ballot in 2021 will be “a referendum on having a referendum”.

His comments followed the Scottish Nationalists picking up 48 of Scotland’s 59 seats in the election when the Labour vote collapsed north of the border.

In 2014 Scots rejected independence by 55 per cent to 45 per cent in what was described as a once-in-a-generation vote.

And on Friday Mr Johnson told Ms Sturgeon that he would not grant a referendum.

But if the SNP and its pro independence allies such as the Greens win a majority in 2021, the PM is being told he may have to agree to another poll.

Mr Mundell said: “Boris needs to develop a case for the Union in the run up to that election. It is not the sort of thing which can be dreamed up at 4am after an election. This needs to be done carefully.”

He said the arguments for remaining could include the prospect of Scotland having to take on a share of the national debt. The future of the Faslane base – home to Britain’s Trident nuclear deterrent – could also come into play.

He served as Scottish Secretary for David Cameron and Theresa May, and is credited along with former Scottish Conservative leader Ruth Davidson with leading the Tory revival.

On Thursday the Scottish Conservatives lost seven of their 13 seats to the SNP, who also picked up six of Labour’s seven seats. Mr Mundell held on to Dumfriesshire, Clydesdale & Tweeddale.

He said: “The Conservative vote actually held up very well – we only had a small drop in some constituencies. But what we did not see coming was the collapse in the Labour vote which transferred to the SNP.

“My SNP opponent picked up 4,000 votes without even having to try, which is actually quite scary. What this has ensured is that the 2021 Scottish Parliament election will be a referendum on holding an independence referendum.

“What we do not know is whether voters who have switched to the SNP did so because Nicola Sturgeon looked more solid than other party leaders or if they genuinely support independence. It’s galling when SNP candidates say the vote had nothing to do with a referendum during the election campaign but as soon as the votes are counted, claiming they have a mandate for one.”

Under SNP rule Scotland has some of the worst education and health records in the UK. Schools have poorer results than in England despite once having an education system regarded as among the best in the world.

Mr Mundell said the independence issue had ensured the SNP escaped scrutiny of their dismal record – and they will try to do so again at the next Scottish Parliament election. He said: “For the next 18 months it looks like we will be stuck debating independence. Nothing changes.”

● Whisky was first recorded in England and not Scotland, it is claimed. Researching the tipple in the film Amber Light, expert Dave Broom said: “The first record I found is in Chaucer’s Canterbury Tales.”