Boris Johnson gets grilling at Liaison Committee over Owen Paterson 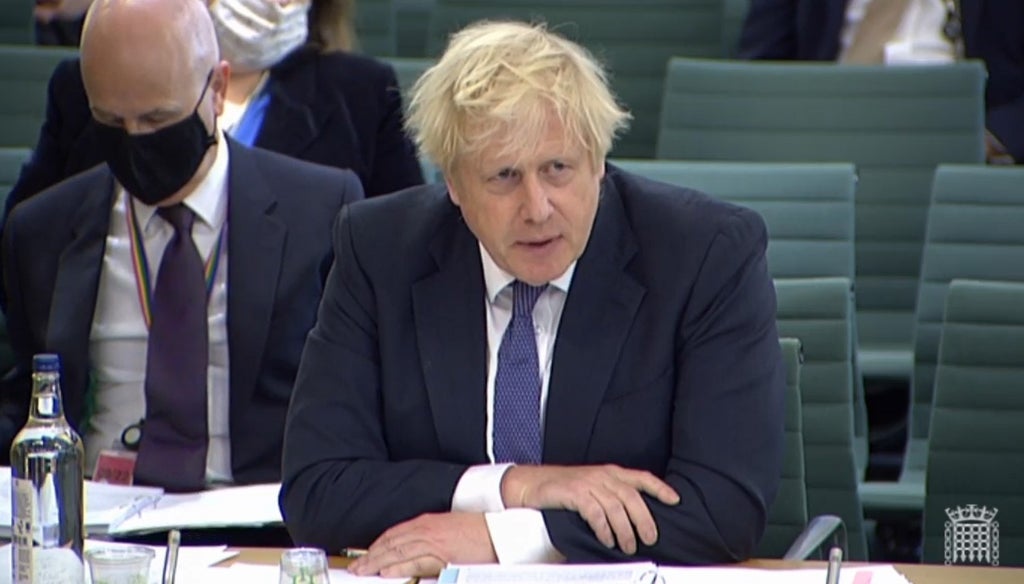 Boris Johnson admitted he “may well have been mistaken” in part of his approach to the Westminster sleaze row.

Responding to the question, Mr Johnson said: “I think it was a very sad case but I think there is no question that he had fallen foul of the rules on paid advocacy as far as I could see from the report.

“I think the question people wanted to establish was whether or not given the particularly tragic circumstances he has a fair right to appeal.”

When told Paterson had already been given an appeal, the Prime Minister said he acted “in the spirit of compassion”.

He added once more he did think it a mistake but it was “a particularly difficult case”.

“It is not often when a colleague suffers a family bereavement in the course of an investigation,” he continued.

“There was quite a lot of feeling about it and for that reason in the spirit of compassion, I thought it might be useful to see whether there was any cross party support.”

The Prime Minster told of his regret over the handling of the Westminster sleaze scandal when questioned by MPs.

Mr Johnson told the Commons his initial reaction was to insist paid advocacy and lobbying is against the rules and anybody who does so should be properly penalised.

He added, in retrospect, he was “obviously mistaken” in his later approach.

“In retrospection, it was obviously obviously mistaken to think that we could conflate the two things. Do I regret that decision? Yes I certainly do.”