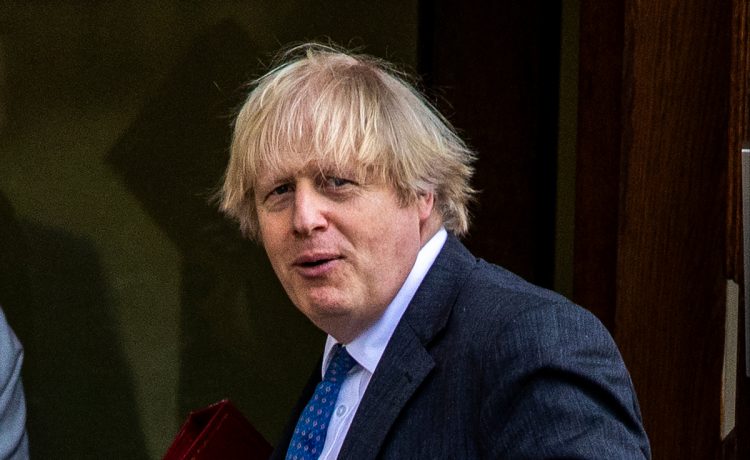 BORIS Johnson lost his patience with his flowing locks getting a haircut from fiancée Carrie Symonds.

The PM’s unruly blonde barnet had been starting to look a little dishevelled as he visited a school in south east London.

It seems he could not wait until barber shops open up again on April 12 to get a professional chop.

Under the PM’s reopening roadmap that April date is the earliest hairdressers can welcome back customers.

But with 47 days still to wait he asked Carrie to take a pair of scissors to his mop when he returned to Downing Street this afternoon.

Earlier he pleaded with Carrie to neaten up the PM – saying he had started to resemble telly scarecrow Worzel Gummidge.

He said: “Now I am told on good authority – I don’t want to want to be breaching any trade secrets here – but I’m told by sources close to the Prime Minister that some scissors may have already made their way to Downing Street, to the private quarters of the Prime Minister.

“And his other half, Carrie Symonds, may be contemplating using them on the Prime Ministerial bonce.

“I have just suggested it is a national crisis. Because where does his hair go in the next six or seven weeks. There are spouses all over the country getting the scissors out and having a go.

Last year the PM apologised for his mop after he was accused of being too scruffy to represent the country.

On a trip to wet and windy Greater Manchester today the Prime Minister told reporters he “does his best” to neaten his shock of blonde hair.

Social distancing laws to be SCRAPPED & we must live with virus, Hancock says

Rishi Sunak is set to extend furlough until at least July