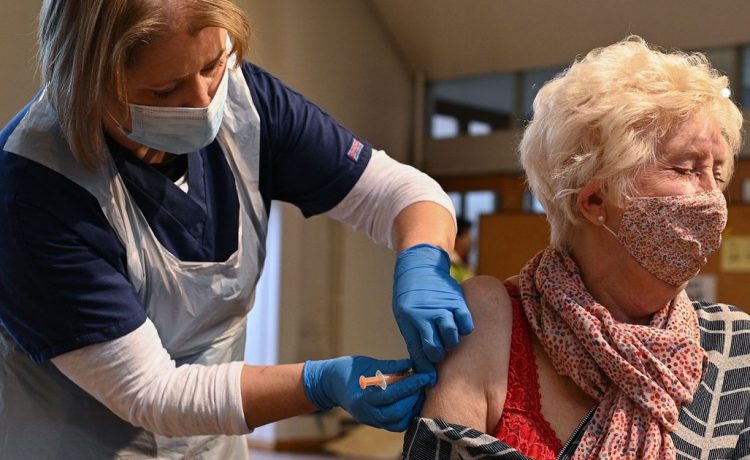 Failing to follow the instructions on the tin is the very best way to ensure something doesn’t work.

But that’s what Boris Johnson and his advisers are choosing to do in the latest shameful gamble with the Covid-19 vaccine.

By declaring a single dose is sufficient in the short-term, with the vital second jab coming three months later, this Government is gambling with people’s lives.

Those in care homes – where residents who have had the first dose are dying before they get the second – are once again being thrown to the wolves.

Prime Minister Johnson and Health Secretary Matt Hancock made a political decision to get a first dose out to as many as possible and extend the date for a second from 21 days to 12 weeks.

Despite all available scientific evidence, warnings from doctors and the sternest cautions from manufacturers, they are gambling that one dose will adequately protect the biggest number in the shortest time.

All in pursuit of a short-term political illusion.

Not a single country anywhere else in the world is following Britain’s wrongheaded lead.

Nothing on the tin says the vaccines work outside of the timeframe of the laboratory trials. But Boris wants to boast about the “milestone” numbers of the vaccine roll-out.

Once again, he promises delusional hope over reality.

There are shortages of supply, for reasons that are arguably beyond the Government’s control.

But it would be more honourable for the Prime Minister to square with the British people than to attempt not just to deceive them but to put them all at risk.

Freezing temperatures, icy winds, snow and floods. Just what we need in the middle of the current miserable lockdown.

Fluffy scenes of powdery snow may bring fleeting escape for the young or romantically inclined.

But for thousands of families, being inundated by overflowing rivers will bring months – even years – of distress and despair.

With worse weather forecast, we can only hope the PM acts swiftly and effectively for once.