BORIS Johnson is facing a furious backlash over his plans to drop a tax bomb on 25 million workers to pay for social care.

The PM is poised to unveil a one per cent hike in National Insurance Contributions (NICs).

It would raise £10billion to plug the gaping hole in NHS and care budgets.

While the PM is pushing for the one per cent hike, Chancellor Rishi Sunak reportedly favours a 1.25 per cent rise.

Health Secretary Sajid Javid has been reported as wanting a two per cent increase, although sources close to him deny it.

But Tory MPs and business bosses railed against the controversial plan – warning that it will “devastate” businesses and tank with voters.

One senior Tory said: “Every day all we hear is tax, tax, tax — it’s like the charge of the tax brigade.

“Road taxes, green taxes, social car taxes — even a nappy tax has been floated. It feels like we are just hammering ordinary working people.”

Another Conservative MP said: “I don’t think we should be putting taxes up.

“This will fall on the shoulders of young workers who can’t even afford to get on the housing ladder. It’s not fair.”

The plan breaks the Tory manifesto pledge not to increase national insurance, income tax or VAT.

But Mr Johnson — who stood on the steps of No10 two years ago and promised to fix social care — reckons the Covid crisis has shifted the goalposts and voters could stomach a tax rise to pay for care.

The Federation of Small Businesses said whacking up NICs for bosses and staff amounts to a “jobs tax” that will clobber firms already ravaged by lockdowns.

Its chairman Mike Cherry said: “Breaking a manifesto promise by increasing NICs when firms are struggling to get back on their feet would be devastating for small businesses and the local communities they serve.

“If this hike happens, fewer jobs will be created by the UK’s small business community over the crucial months ahead.”

Experts said the tax rise would hammer young workers the most because it is only paid by those who are employed and under the state pension age, which is 66.

Even ex-Health Secretary Jeremy Hunt — chief agitator for a tax rise to pay for social care — said an NICs hike would be unfair as “since older people are the biggest beneficiaries it’s fair to make them pay a contribution”.

Government insiders expect an announcement next week. No10 said details of the policy were still being thrashed out. 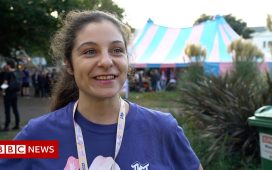 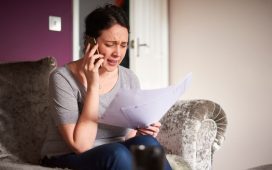