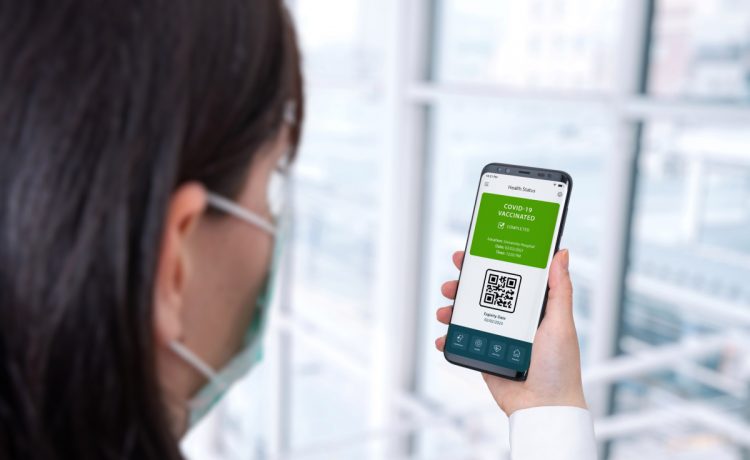 BORIS Johnson is facing a rebellion over his Covid passport plan – as 72 cross-party MPs join forces and prepare to block it.

Included in the rebels are 40 Tories and six ex-Cabinet ministers who have vowed to block the “divisive and discriminatory” jab passports.

Organised by the pressure group Big Brother Watch, the 72 MPs, including Jeremy Corbyn and Sir Iain Duncan Smith, are mounting pressure on the Government to halt plans for Covid status certification.

It has also been backed by a string of Tory former ministers including Esther McVey, Nus Ghani, Mark Harper and Harriett Baldwin.

And with 40 Tory MPs onboard, the signatories potentially have the numbers to override Boris Johnson’s Commons majority.

This comes as Covid passports will be trialled in the UK this month – and Brits heading to the FA Cup Final and the World Snooker Championship will have to test negative first.

A trial for the scheme – which eventually could allow bars and big events to abandon social distancing – will be unrolled within weeks.

Those heading to any of the huge events will be asked to take a Covid test to gain entry, as well as another after attending.

READ  Brexit: What does the deal say about workers' rights?

It’s hoped the plans will allow experts to track the spread of the virus.

We should aim to return to normal life, not to put permanent restrictions in place

The rebel MPs statement says: “We oppose the divisive and discriminatory use of Covid status certification to deny individuals access to general services, businesses or jobs.”

He said: “Covid status certification would be divisive and discriminatory.

“With high levels of vaccination protecting the vulnerable and making transmission less likely, we should aim to return to normal life, not to put permanent restrictions in place.”

Sir Davey added: “We should start getting our freedoms back. Vaccine passports – essentially Covid ID cards – take us in the other direction.”

Meanwhile, Sir Keir Starmer said he would examine the details of any plans before deciding whether to oppose them.

The Labour leader said: “My instinct is that as the vaccine is rolled out, as the number of hospital admissions and deaths go down, there will be a British sense that we don’t actually want to go down this road.”

She told BBC Radio 4’s Today programme: “It’s counter-productive because we have got one of the highest confidence levels in vaccine uptake.

“It’s one thing to have a passport to travel internationally, that is a privilege, even a luxury, but participating in local community life is a fundamental right.”

But the Prime Minister defended the idea, saying “there’s definitely going to be a world in which international travel will use vaccine passports”.

During a trip to Middlesbrough, he told reporters: “You can see already that other countries, the aviation industry, are interested in those and there’s a logic to that.”

Baby boy born in Iraq is first to be born with three penises, doctors claim

The Government has insisted no final decisions have been taken on whether Covid-status certification could play a role in reopening the economy.

A spokeswoman said: “The review is considering a range of issues, including the ethical, equalities, privacy, legal and operational aspects and what limits, if any, should be placed on organisations using certification.”

All children could have to be vaccinated to keep schools open if infections spike again, government adviser says