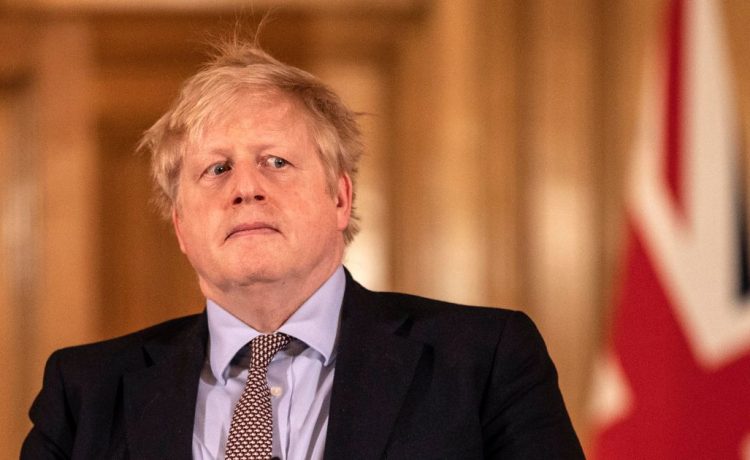 Boris Johnson faces explosive claims of complacency, mistakes and stubbornness in the first year of the Covid-19 pandemic – which led to “more cases and more deaths.”

In the early days of the outbreak, the PM reportedly suggested the best way to deal with Coronavirus would be to “ignore it”, according to the BBC’s investigation.

And despite a year of denials from Downing Street, the BBC today reports there was a “genuine argument” in Number 10 over whether to pursue a “herd immunity” strategy of allowing the virus to burn through the population – potentially killing thousands more.

And it’s claimed there were discussions of “chicken pox parties” – where healthy people would be encouraged to deliberately spread the disease to each other in order to spread antibodies.

It’s also claimed Mr Johnson’s aides specifically told the PM that he should tell the public to stop shaking hands ahead of an early Downing Street press conference.

Instead, the Prime Minister boasted that he’d just visited a Covid-19 ward and had “shaken hands with everybody.”

A Downing Street spokesperson said: “”The prime minister was very clear at the time he was taking a number of precautionary steps, including frequently washing his hands.

The BBC quotes an unnamed Cabinet minister’s “frustration” with Mr Johnson’s unwillingness to tighten restrictions last September in the face of a second wave of infections – and fears over his and Chancellor Rishi Sunak ’s push to reopen the economy last Summer.

READ  Tory leadership: How Boris Johnson will help people left behind in the north as PM

They reportedly said: “We knew there was going to be a second wave and there was a row about whether people should work from home or not — it was totally ridiculous.”

A senior minister reportedly said the government “should have locked down more severely in the autumn”.

The Mirror reported last month that the PM was warned against reopening schools and universities, encouraging people back to their offices and relaxing rules for Christmas as early as last July.

By September, the UK was in the “reasonable worst case scenario” predicted by scientists, heading towards an even worse winter peak than predicted.

Sage papers from July read: “Current behavioural data suggest that there is still ample room for the Government to reduce their likelihood by actively encouraging implementation of as many of the mitigations recommended by Sage as possible.

“Wherever possible, the most effective measures should be used to avoid or substitute risky contacts (e.g. by home-working and self-isolation).”

Less than a month later, the government launched a campaign to encourage the public to return to working in their offices.

On September 1, Boris Johnson boasted: “People are going back to the office in huge numbers up and down the country — and quite right, too.”

Last night the Telegraph reported the role of Sage would be “reviewed” after the pandemic, because they hold “too much sway” over ministerial decisions.

The BBC reports that in September, “a small group inside Downing Street repeatedly tried to change Johnson’s mind”, but struggled to convince him to put the country back into lockdown.

And a former official reportedly told the BBC: “We kept repeating the same mistakes over and over again, despite the masses of evidence that kept coming up.

“We lost an awful lot of time, and that led to more cases and more deaths.”

Matt Hancock told the BBC the government had “listened to all the evidence all the way through”.

It’s claimed that in the early days of the pandemic, the PM was heard to say: “The best thing would be to ignore it.”