Michael Ellis is responding to Rayner.

He says Chris Pincher is being investigated. And he says this complaint may be investigated by the police. The sub judice rule should apply, he says.

I ask the house to accept that bearing in mind the member in question [Chris Pincher] had been reappointed to government by a previous prime minister in 2018, and then that he’d been appointed in 2019 as a Foreign Office minister and then, crucially, he was appointed for a third time in February, I doubt whether anyone could in knowledge of those facts say that this prime minister should have acted otherwise than he did.

It is the morally fair thing to do in any case to assess the situation based on evidence, not unsubstantiated rumour. It is incumbent on all of us in this House, as it is in society generally, to act fairly.

If there is no evidence at the time, if there is no live complaint, no ongoing investigation, surely it is not unreasonable to consider making an appointment.

He says in October 2019 officials raised concerns with Simon McDonald, permanent secretary at the Foreign Office. There was an inquiry that reported to McDonald. The exercise reported in due course.

The exercise established that while the minister meant no harm, what had occurred caused a high level of discomfort.

The minister apologised and those who complained accepted this, Ellis says. The PM was made aware of this. He was told that the permanent secretary had taken the necessary action. And so there was no question of Pincher having to leave the government.

Last week, when fresh allegations arose, the prime minister did not immediately recall the conversation in late 2019 about this incident.

As soon as he was reminded, the No 10 press office corrected their public lines.

Clive Efford (Lab) uses a point of order to say that, if Boris Johnson was told about the Chris Pincher complaint in 2019, that should have been recorded in minutes of the meeting.

Sir Lindsay Hoyle, the Speaker, says he is confident that Efford will find ways of pursuing this question.

Chris Bryant (Lab), chair of the Commons standards committee, raises a point of order. He says Michael Ellis told MPs that the latest allegations against Chris Pincher were being investigated by the Commons. But he says the Ellis cannot know that. He says the process for investigating complaints about MPs made under the Independent Complaints and Grievance Scheme is entirely confidential. He says it is important to say that so that victims have confidence in using the scheme.

This statement is over. This is from David Lammy, the shadow foreign secretary, on what Michael Ellis said.

Ellis claims that this government does not have a problem with dishonesty. He accuses Labour of being sanctimonious.

Ellis says a “difference of recollection” does not mean that the person involved was being dishonest.

Andrew Slaughter (Lab) asks Ellis if, when he was a barrister, what he would have told a client who sought to rely on the defence that he was told something, but had forgotten. Would he put him in the witness box?

Ellis accuses Slaughter of trying to make a political point out of a serious allegation.

Chi Onwurah (Lab) says, rather than investigate when Boris Johnson has lied, whether it might save time to hold an inquiry into whether he has ever told the truth.

Back in the Commons Sarah Jones (Lab) asks Ellis if he has ever forgotten being told about a sexual harassment complaint against a fellow minister.

Ellis says that the PM has “a myriad array of urgent and pressing responsibilites”. He says Boris Johnson “may be told literally hundreds of things in any one day”. Ellis says he would be surprised if Jones has not forgotten things she has been told.

The prime minister’s spokesperson cannot have been looking forward to today’s lobby briefing and the opening question was one of the best. “Are you planning on telling us the truth today?”

Yesterday the spokesperson told journalists that Boris Johnson was aware of some specific allegations against Chris Pincher before he made him deputy chief whip (not what they said last week), but that these were allegations that had been resolved, or where no action had been taken.

This morning it emerged that this was untrue, because Johnson had been told about a complaint about Pincher that had been upheld.

The spokesperson’s response to the opening question was “Yes”. He always provided information “available to me at the time of each briefing”, he said.

He claimed that he had not misled journalists yesterday. Asked to explain the discrepancy between yesterday’s briefing, and what was revealed this morning, the spokesperson said:

Those of you who were here at yesterday’s briefing would have heard me say that [the PM] was aware of allegations that were either resolved – and that would relate to the incident [at the Foreign Office] – or that did not progress to a complaint. And it was important to be clear on that, and that’s why I made the point of updating you all, when we had the information available to us yesterday …

As relates to this incident, a complaint was made. It was looked into through the Foreign Office processes, with support from the propriety and ethics team [in the Cabinet Office]. The complaint was upheld, albeit not dealt with as a formal disciplinary matter.

The spokesperson also said he could confirm that Boris Johnson was told about the complaint about Pincher in 2019.

I can confirm that he was briefed on that about the complaint relating to Mr Pincher in the Foreign Office which was resolved.

I don’t believe that that was a formal meeting to inform him of it but I am still seeking to establish the details.

The spokesperson added that he thought the prime minister was told by “someone in the Cabinet Office” and that had been “a number of months” after the complaint was investigated.

Ellis says he cannot answer that. But he says it is important to respect the confidentiality of victims.

Jackie Doyle-Price (Con) says what happened in 2019 should have been enough to tell the PM that appointing Chris Pincher to be deputy chief whip was not wise. The PM could have used Pincher’s talents in another way, she says.

In the Commons Peter Bone (Con) is speaking now. He is the first Tory to defend Boris Johnson in this session (apart from Ellis). He says opposition MPs only turn up to attack Johnson. He says his constituents are more concerned about the national insurance cut coming into force this week than in the conduct of an MP they won’t have heard of. 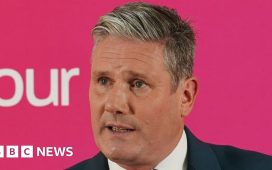 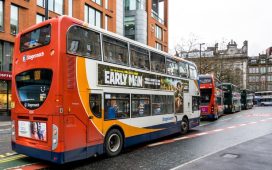 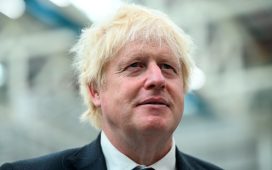 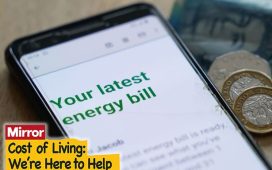