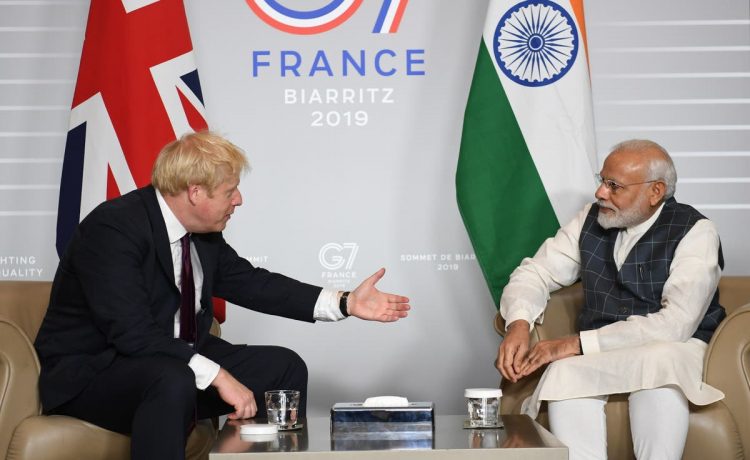 oris Johnson’s trip to India was cancelled this morning just days before it was meant to go ahead amid rising coronavirus cases and a new variant in the country.

The Prime Minister was due to travel to India as part of his post-Brexit trade drive, with the bulk of talks taking place on Monday 26.

However, the UK and India issued a joint statement this morning revealing the trip had been cancelled and Mr Johnson would instead speak to Prime Minister Narendra Modi later this month.

They said: “In the light of the current coronavirus situation, Prime Minister Boris Johnson will not be able to travel to India next week.

“Instead, Prime Ministers Modi and Johnson will speak later this month to agree and launch their ambitious plans for the future partnership between the UK and India. They will remain in regular contact beyond this, and look forward to meeting in person later this year.”

The decision came as Delhi was placed in a week-long lockdown after a record rise in coronavirus cases threatened to overwhelm the city’s healthcare system.

India has been grappling with a second wave of Covid since the start of April, and on Sunday the country saw its highest single-day spike so far, with 24,462 cases.

Several doctors in both private and government hospitals in Delhi have said they are out of beds, reported the Independent.

Mr Johnson’s long-planned trip to the country had been in doubt since last week after scientists sounded the alarm over a new Covid variant first identified in India.

READ  Alok Sharma to be president of UN climate conference

The strain, which has a which has a “double mutation”, is thought to be responsible for the sharp surge in cases in the country.

Top UK scientists have said they expect the new strain to become a “variant of concern”, and ministers are facing increasing pressure to move India onto the “red list” of hotel quarantine countries.

More than 70 cases of the variant have been identified in England and Scotland, and some cases have been found in the UK that were not linked to travel.

Speaking shortly before the announcement, Minister Christopher Pincher was asked if the country would be put on the “red list”. He told LBC: “Well the red list is looked at frequently by the experts who advise us on where we should apply travel restrictions.

“For sure it will be looked at again shortly and kept under constant review. I know the variant that is alleged to have come from India is presently under investigation.

“We don’t know enough about it yet to understand its transmissibility and its virulence, but we will certainly be science led and we will act as quickly as we need to, when we need to

Dr Susan Hopkins of Public Health England said yesterday that they were investigating the strain but did not yet know if it had increased transmissibility, severity or vaccine evasion.

Danny Altmann, professor of immunology at Imperial College London, told Good Morning Britain: “My assumption from everything I’ve seen is that it will become a variant of concern.

“When it becomes a variant of concern, I’d be quite surprised if India wasn’t on the red list.”

Andrew Hayward, professor of infectious disease epidemiology at University College London said his preference was to “err on the side of caution and act sooner rather than later”, but that the decision was a political one.

However, Dr Jeffrey Barrett, director of the Covid-19 Genomics Initiative at the Wellcome Sanger Institute, said that the variant should be “watched carefully” but it is “probably not at the top tier of mutations that generate the most concern.”