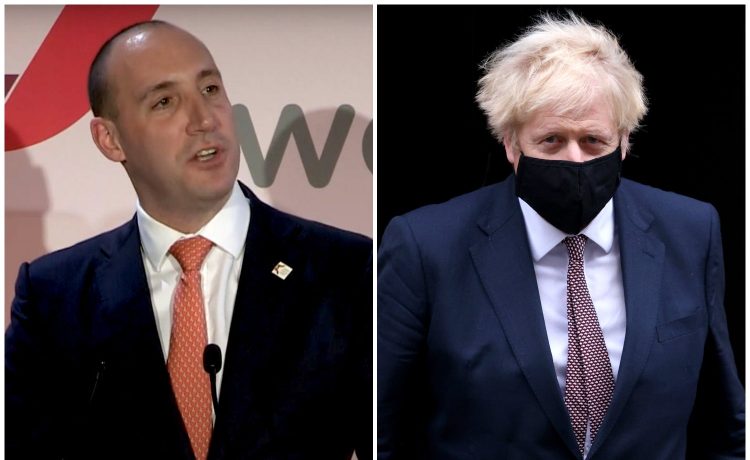 Mr  Rosenfield, who is currently the head of corporate clients and UK business at strategic advisory firm Hakluyt, will begin work at Downing Street on December 7.

Lord Udny-Lister is set continue to serve as acting chief of staff until January 1, 2021, when Mr Rosenfield will formally take over, Number 10 said.

Mr Rosenfield, from Manchester, was previously a managing director in investment banking at Bank Of America.

Before than, he worked for more than decade in the Treasury, including four years as principal private secretary to Chancellors Alistair Darling and George Osborne.

Speaking about his time at the Treasury to the Jewish Telegraph last year, Mr Rosenfield described his role in budgeting for the 2012 Olympics following London’s successful bid.

“I was the mug who took the job on of leading the Treasury effort at putting a budget together for the Olympics the day after we won the bid,” he said.

“There were not many people in the Treasury who were expecting us to win the bid. There was no meaningful budget or plan, so we were starting from not far off the bottom.”

The pair’s dramatic exit was widely seen as the culmination of a bitter internal power struggle in which the former Vote Leave campaigners had sought to strengthen their grip on No 10.

Mr Cain’s appointment to the chief of staff post – in which he would have been one of just a handful of people in Downing Street with direct access to the Prime Minister – was said to have been opposed by Mr Johnson’s fiancee Carrie Symonds.

Allegra Stratton, the Prime Minister’s press secretary, was also reported to have advised against giving him the role.

The departure of Mr Cummings – who made no secret of his contempt for most MPs – was widely welcomed by many Conservatives at Westminster.

Senior Tories had been urging Mr Johnson to appoint a chief of staff who could build bridges with the parliamentary party.

The feeling that MPs had been routinely ignored by No 10 was seen to have fuelled a recent series of damaging Commons rebellions.

Mr Rosenfield is expected to set a more measured and conciliatory tone upon his return to the Civil Service more than 20 years since joining the Whitehall ranks.

His first job after finishing his degree at University College London was as a policy adviser at HM Treasury, he explained to the Jewish Telegraph. Indeed, it was the first job he applied for as a fresh graduate.

He told the paper: “I thought I would give it a go as it was something I was interested in and that it would be a good interview experience.

“I had no expectation of getting it, but I remember reading the letter and feeling thrilled and exhilarated — I actually thought it was a mistake.”

But on his first day, in September, 2000, his boss greeted him with a disarming question: “So, when are you going to get a proper job?”.

Mr Rosenfield’s appointment was welcomed by Mr Osborne’s former chief of staff, Rupert Harrison, who worked with him in the Treasury.

“Dan is a class act and an inspired appointment,” he tweeted.

“He was the principal private secretary in the chancellor’s office who managed the transition from Alistair Darling to George Osborne.

“Bright, tough and politically savvy with a small ‘p’.”

Former Treasury minister David Gauke, one of the pro-Remainers purged from the Tory Party by Boris Johnson, agreed he was a sensible choice.

“I’m probably not doing him any favours in saying this but Dan Rosenfield is smart, likeable and effective. This should be a good appointment,” he tweeted.

He is expected to spend his first weeks in Downing Street meeting with ministers, Conservative MPs and the wider No 10 team.