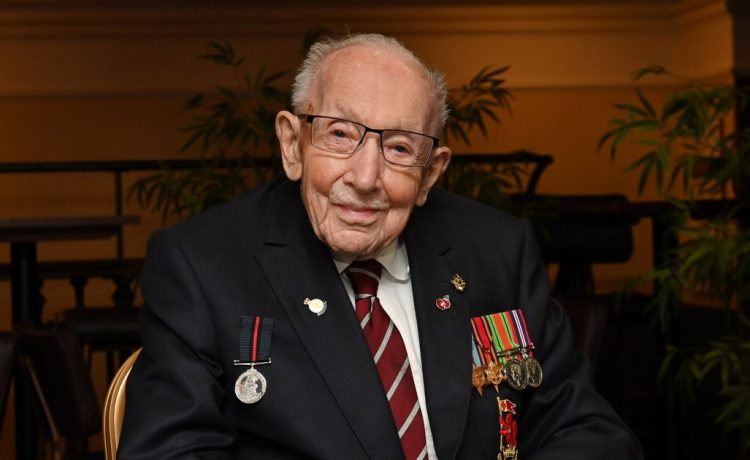 Boris Johnson has announced a ‘national clap’ for Captain Sir Tom Moore this evening, to mark his death yesterday.

The PM said Captain Tom dedicated his life to serving others, and encouraged people to join in a “national clap” in memory of him.

Mr Johnson told the Commons: “We all now have the opportunity to show our appreciation for him and all that he stood for and believed in.

“That is why I encourage everyone to join in a national clap for Captain Tom and all those health workers for whom he raised money at 6pm this evening.”

The 100-year-old’s death has prompted reaction from around the world, after he raised more than £32 million for the NHS during the first coronavirus lockdown.

Charities have vowed that the legacy of Sir Tom, who died on Tuesday morning after testing positive for Covid-19, will live on “for years and years”.

His family said the last year of his life was “nothing short of remarkable”, and that he had “experienced things he’d only ever dreamed of”.

Describing him as an “inspiration”, the minister told BBC Breakfast: “I will ensure we mark his contribution properly and appropriately at the right moment.”

Asked whether a statue might be built “in possibly his home town or where he was born or in London”, Mr Hancock told LBC: “Yes, I do think that we should find a way, at the right time, to honour the contribution that he made to the NHS and he was an inspiration to so many people.”

Sir Tom set out to raise £1,000 for NHS Charities Together by walking 100 laps of his garden before his 100th birthday last April – but his efforts struck a chord with the nation and donations flooded in.

In acknowledgement of his efforts, he was knighted by the Queen during a unique open-air ceremony at Windsor Castle in summer 2020.