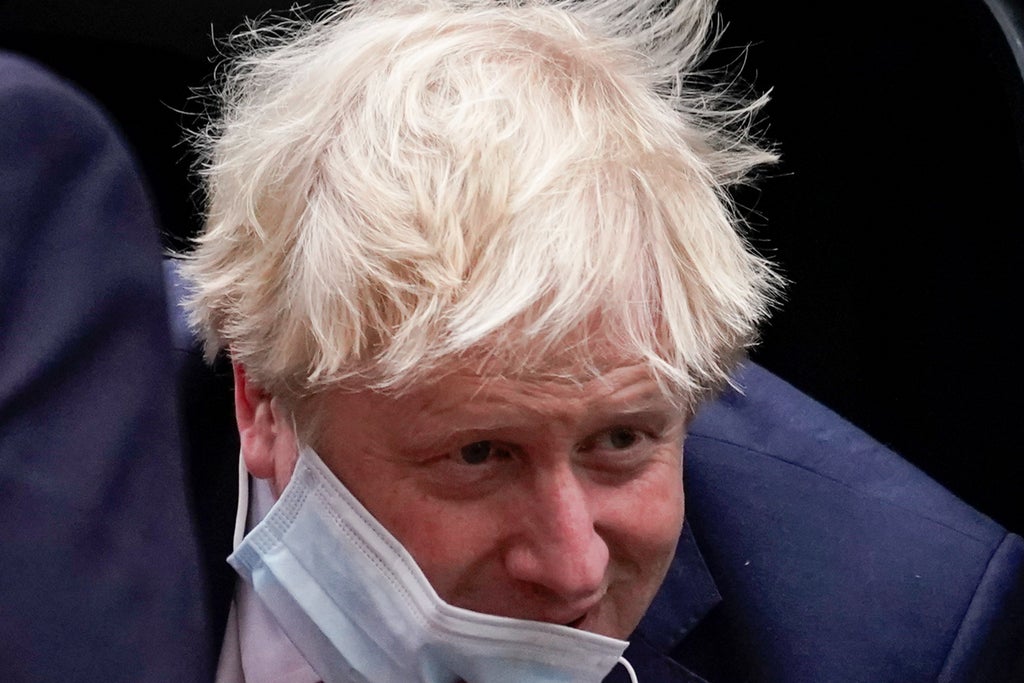 oris Johnson had a birthday party in the first national lockdown in 2020, according to reports.

His wife Carrie Johnson allegedly arranged a surprise party for him on June 19 – with guests invited to arrive just shortly after 2pm.

It is reported they sung happy birthday to the Prime Minister and presented him with a birthday cake – just nine days after Mr Johnson asked the UK to “continue to show restraint and respect the rules which are designed to keep us all safe” during a No10 presser.

Up to 30 guests were believed to be in attendance and they were said to have enjoyed M&S picnic food, according to ITV News.

Ms Lytle is not a No 10 staffer but was giving Mr Johnson’s Downing Street flat a makeover at the time.

A spokeswoman for Soane Britain, the luxury designer co-founded by Ms Lytle, said: “Lulu was present in Downing Street on June 19 working on the refurbishment.

“Lulu was not invited to any birthday celebrations for the Prime Minister as a guest.

“Lulu entered the Cabinet Room briefly as requested, while waiting to speak with the Prime Minister.”

Number 10 have denied family and friends joined the Prime Minister upstairs at his residence, a claim also reported by ITV News, and said there were only a small number of family members hosted outside.

A No 10 spokeswoman said: “A group of staff working in No 10 that day gathered briefly in the Cabinet Room after a meeting to wish the prime minister a happy birthday. He was there for less than 10 minutes.”

In the wake of the allegations, Culture Secretary Nadine Dorries tweeted: “So, when people in an office buy a cake in the middle of the afternoon for someone else they are working in the office with and stop for ten minutes to sing happy birthday and then go back to their desks, this is now called a party?”

“For the sake of all the sacrifices the British people have made, for all the loved ones lost and mourned alone, he needs to go now.”

The latest claims made headlines as civil servant Sue Gray heads an inquiry investigating the Downing Street parties during lockdown which has been dubbed “partygate”.

Her report is set to be published this week.

Dominic Cummings refused to meet Ms Gray and gave his evidence in writing, he said, so the Prime Minister couldn’t “spin his way out”.

Earlier on Monday, Mr Johnson said people would have to “wait” for Ms Gray’s report when asked about it by reporters.

Speaking at an Academic Centre at Milton Keynes Hospital in Buckinghamshire, the Prime Minister said: “I perfectly understand you want to ask questions about that but you’ve got to wait for that to come.

“But what I will say is this Government is focused on the stuff that I think people want us to focus on.

“And we’ve come through Covid faster than most other European countries thanks to some of the decisions we took, thanks to our incredible NHS, thanks to what they did with the booster rollout and the unbelievable work that they did – and the British people who followed the advice and have delivered the result that we’re in.”

Following the latest report, Labour leader Sir Keir Starmer branded Boris Johnson a “national distraction” and said he has “got to go”.

“Meanwhile, millions of people are struggling to pay their bills and we can’t afford to go on with this chaotic, rudderless Government. The Prime Minister is a national distraction and he’s got to go.”