Boris hasn’t forgotten Blue Wall Brits who put him in No10, Gavin Williamson vows as he plugs new apprenticeships 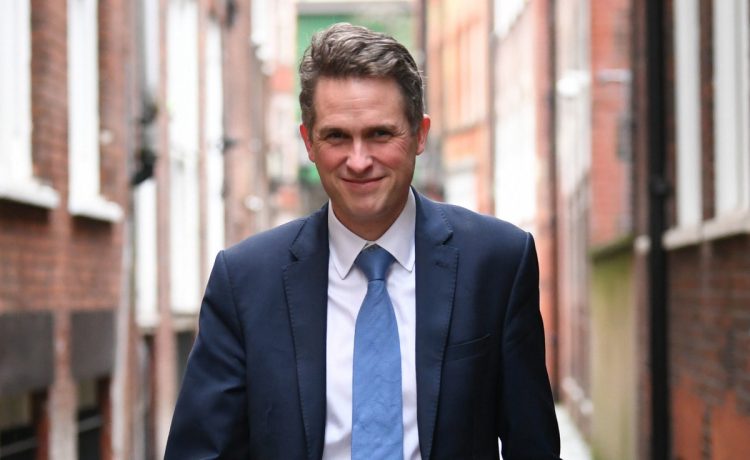 BORIS Johnson has not forgotten the working class Brits who put him in Downing Street in 2019, Gavin Williamson said last night.

The Education Secretary said the PM is partpaying his debt to Blue Wall voters by investing in apprenticeships for their children’s futures – vowing to channel the sprit of Margaret Thatcher.

He told The Sun: “For me, we’ve always been, and always need to be, the party of the brickie, and electrician, and the people who build Britain, the people who make Britain great.

“That’s what Margaret Thatcher did, that’s what Boris Johnson is doing.”

Apprenticeships are the “backbone of the nation” and “the future” for thousands of kids today, he stressed, saying they would make more money sooner than going to uni.

Mr Williamson even said that they were better in some ways than degrees, because “there’s no better way of learning than actually learning on the job” and it was a way to “learn and earn” at the same time.

He also revealed he rated Tony Blair’s son Euan’s apprenticeship firm, despite the former Labour PM making a huge push for half of kids to go to uni.

Mr Williamson said: “I didn’t always agree with his dad, but I definitely agree with Euan.

“He’s recommended his own two girls look at apprenticeships rather than the traditional university route, too.

It comes as ministers announced brand new traineeship apprenticeships in construction and rail as part of National Apprenticeship Week.

The government is currently offering up to £2,000 for each new apprentice they hire – with almost 19,000 applications submitted so far.

However, the news came as the largest study of pupils in lockdown revealed that those in key exam years have been hit the hardest.

ImpactEd non-profit group’s research looked at 62,000 pupils from the start of lockdown through to Christmas, and laid bare the dire consequences of the pandemic on kids’ education.

Those in years ten and eleven taking important GCSEs reported the lowest learning scores from June through to November.

They had the highest increases in anxiety and the lowest wellbeing scores, raising fears about the ticking time bomb of lockdowns on kids’ education.

Key Stage 4 pupils overall reported the most challenges with home learning – with nearly three in every 20 pupils in this age group said they regularly did not understand the work they were set by their teachers.

Bosses mustn’t force Brits to get Covid jabs to go back to work, minister says

Shockingly, nearly 40 per cent of older pupils said they didn’t have a routine that helped them learn – compared to around a third of younger kids.

James Turner, Chief Executive of the Sutton Trust, said of the research: “There is no question that the pandemic is having a devastating impact on children and young people, not just in terms of their education, but on their wellbeing and mental health too.”