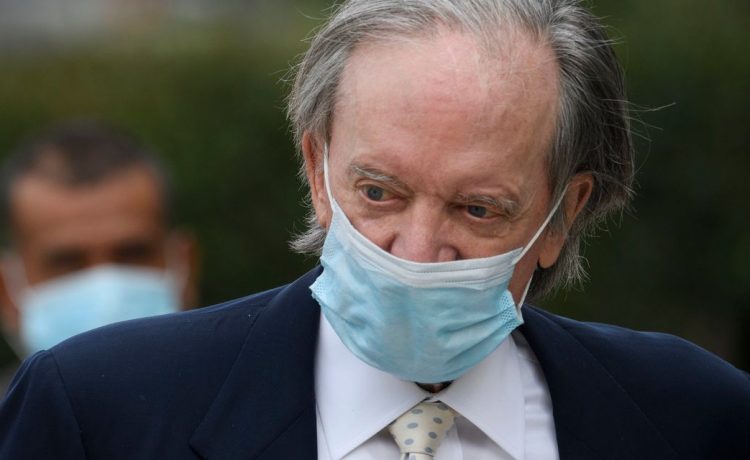 The phrase “don’t try this at home” was possibly made for moments like this.

stock during the retail frenzy for the shares earlier this year but not before the retired billionaire lost several million dollars.

He explained to Bloomberg Television in an interview on Tuesday how that trade went down. “I got in too early. I got in with options like a good Robin Hood trader, I guess..and sold calls at around the $150, $200 level,” said Gross, who added that then shares went up to $400.

“I did manage to overcome my insecurities and ride it all the way back down in terms of getting out,” said Gross. “I was in the hole by about $10 million, but I’m about the same amount above ground.”

A call option is a financial instrument that gives the holder the right, but not the obligation to buy an underlying security at a set price, known as the strike price, meaning that Gross would have been obliged to buy the stock at a higher price than he sold it when the option was exercised.

Gross said he’s still got back into GameStop shares and is still selling call options at the $250 and $300 per share level. If those shares exceed those levels, the billionaire could find himself losing money again. “The volatility is super high and that promotes an ability to make some money,” he said.

Indeed, GameStop shares have been the target of short sellers this year, battling in part individual investors organized by Reddit’s WallStreetBets crowds. The drama has sparked an investigation in Congress, which continues Wednesday, into the short squeeze of GameStop, AMC Entertainment
AMC,

READ  'The evenings are empty.' People in China are using video games to keep each other company - CNN

Read: GameStop Round 2? How an options-buying frenzy is providing another jolt to meme stocks

Shares of GameStop started the year at $18, surged to over $300 late January at the height of the frenzy, dropped to $40, then more recently climbed back up toward the $200 level. Shares are up more than 1,000% year-to-date, but this week alone have lost 21%.

Gross retired from his post-PIMCO gig as a portfolio manager at Janus Henderson in 2019 and now focuses on managing his charitable foundation.

Once in charge of the world’s biggest bond fund, Gross also told Bloomberg he was betting against U.S. Treasurys bonds, saying he expects inflation will not drop below 2% in the months ahead, but hover more at 3% to 4%. The yield on 10-Year Treasurys
TMUBMUSD10Y,

have climbed to levels not seen in more than a year as investors expect strong economic reopenings in the U.S., boosted by vaccines.

Gross’s inflation call chimes with analysts who say part of the inflationary surge set to take place this year would be due to so-called base effects, when weaker months of inflation were phased out from yearly measures as time passed, leading to mechanically higher price levels.

This phenomenon would take effect during the next few months when the deflationary hit from the coronavirus pandemic last year is removed from the annual inflation measures reported by the U.S. Labor Department.

Sunny Oh contributed to this report.