Bombardier’s Northern Ireland operations have been sold to the US firm Spirit AeroSystems in a deal worth nearly £1bn.

The Canadian firm put the factories up for sale in May as part of a reorganisation of its business.

The aerospace manufacturer employs about 3,600 people in Northern Ireland.

Spirit, which is based in Kansas, is a major supplier to Airbus and Boeing. Earlier this year the company said it wanted to do more work for Airbus.

Buying Bombardier’s Northern Ireland operation is part of that strategy.

The move is part of Spirit’s plan to shed its commercial aviation business to focus on its higher-margin business jets and rail divisions.

The wings for the Airbus A220 are made at Bombardier Belfast’s plant and it also supplies other Airbus parts, particularly engine covers.

Spirit is also buying a Bombardier factory is Morocco and a repair facility in the US.

Analysis: A strategic purchase for Spirit

The Bombardier workforce in Northern Ireland has suffered years of cuts and uncertainty.

At one point the Canadian firm was on the brink of insolvency.

A new owner for the Belfast operations should bring some stability for the workforce and a long-term focus for the business.

This is a strategic purchase for Spirit – it sees Belfast as a key part of its plan to do more work with Airbus.

The trade unions are happy that the business has gone to a trade buyer rather than a private equity fund.

The deal – in which Spirit is paying $500m and taking on $700m of liabilities, including pension commitments – is expected to close in the first half 2020.

Michael Ryan, Bombardier’s chief operating officer of aerostructures, said employees would be updated about how it impacts them in due course.

He added: “We are delighted that Spirit, a global, tier-one aerostructure manufacturer and supplier, has recognised our unique offering and growth potential.”

The deal would be strategic for Spirit, an aerospace components maker, as it diversifies its customer base away from Boeing, analysts say.

“Belfast has developed an impressive position in business jet fuselage production, in addition to the world-acclaimed fully integrated A220 composite wing,” he said.

“This acquisition is in line with our growth strategy of increasing Airbus content, developing low-cost country footprint, and growing our aftermarket business.”

The company said: “Spirit will continue to supply structural aircraft components and spare parts to support the production and in-service fleet of Bombardier Aviation’s Learjet, Challenger and Global families of aircraft.”

The Unite union said: “It is a sale that offers hope for a positive future for Bombardier workers in Northern Ireland and their colleagues in the supply chain.”

What is Spirit AeroSystems?

Spirit AeroSystems is one of the world’s largest tier-one manufacturers and suppliers of aerostructures.

It was founded in 2005, as a spin-out of aerospace company Boeing.

It has more than 15,000 employees worldwide with operations in the UK, Malaysia, France and the US.

About 12,000 of its workers are based at the company’s headquarters in Wichita.

Bombardier, which is based in Montreal, has more than 68,000 employees in 28 countries and the Belfast factory is the largest hi-tech manufacturer in Northern Ireland.

Last year, it reported a lower quarterly profit as it stepped up the production of its Global 7500 business. Spirit posted a 22% drop in quarterly profit, mainly due to charge related to the 787 Dreamliner aircraft.

READ  'Always have a Plan B, it may be better than your Plan A'

Which shops ARE open today? From B&M to Poundland, here’s the full list of stores

Philip Green urged not to use coronavirus as ‘excuse’ over pensions 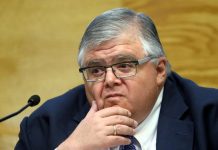 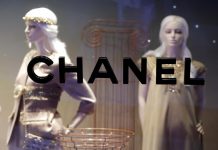